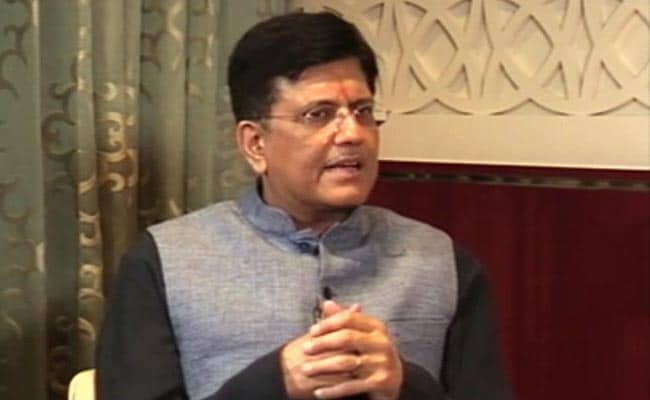 The survey was conducted in New Delhi, Mumbai, Bengaluru, Chennai, Kolkata and Hyderabad.

Mumbai: Union Finance Minister Piyush Goyal on Friday said he has no answer for people with blinkers, when he was asked to react to the Reserve Bank of India's consumer confidence survey.

"I think the facts speak for themselves, with 7.7 per cent growth. Some people with blinkers on seem to have come out with a report that doesn't gel with reality then I have no answer to them, but there will always be some naysayers in this world, I hope your channel isn't one of them," Mr Goyal.

The RBI survey says that 48 per cent of those surveyed in May 2018 felt that the general economic situation has worsened from a year ago, while 31.9 per cent said their economic situation had improved. This translates into a net response of -16.1 (31.9 -48) percentage points. In June 2014, the net response was -14.4 percentage points and these figures are worrying for the government as it goes into elections next year.

Promoted
Listen to the latest songs, only on JioSaavn.com
The survey was conducted in New Delhi, Mumbai, Bengaluru, Chennai, Kolkata and Hyderabad.

According to the survey, the households' sentiments on the general economic situation for the current period worsened from the previous round as 48 per cent of the respondents felt that the situation had deteriorated; expectations for the next year, however, improved over their level in the previous round.