5,000 Pilgrims A Day, No Restrictions On Faith: India To Pak On Kartarpur

Pakistan today agreed in-principle to build a bridge on the zero line of the Kartarpur Corridor to provide all-weather connectivity, the Foreign Ministry said in a statement after a two-hour meeting to iron out issues in the second round of talks over the Kartarpur corridor for Sikh pilgrims.

India is already constructing a bridge on the zero line; Pakistan, however, had been insisting on constructing a causeway, which India believes, would act as a barrier, directing more flood water towards India.

"...Pakistan side agreed, in principle, to build a bridge at the earliest. Pending the construction of a bridge over the old Ravi creek by Pakistan on their territory, India offered to make interim arrangements for making the corridor operational in November 2019, given the historic importance of the 550th Birth Anniversary of Guru Nanak Dev Ji," the Foreign Ministry said in the statement.

Both countries agreed to allow visa-free travel for Indians and those who have Overseas Citizenship of India (OCI) cards, the statement said.

"Throughout the year, 5,000 pilgrims will be allowed to visit Kartarpur Sahib Gurudwara per day... Pakistan highlighted the infrastructural constraints on their side and conveyed that they may be able to accommodate many of the Indian proposals in a phased manner," the Foreign Ministry said.

"There should be no restrictions on the pilgrims in terms of their faith," it said. 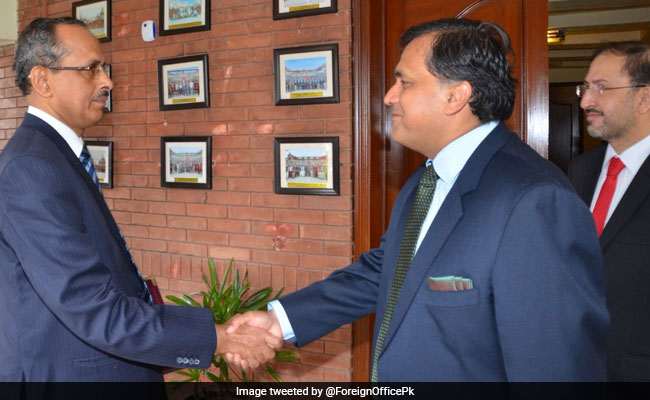 The second round of talks comes a day after Pakistan removed pro-Khalistan leader Gopal Singh Chawla from its committee that is involved in talks with India.