Photo Of The Day At Rajasthan Oath: Scindia Family Hug, Across The Divide

Vasundhara Raje, 65, is the sister of Jyotiraditya Scindia's father Madhavrao Scindia, who died in a plane crash in 2001. 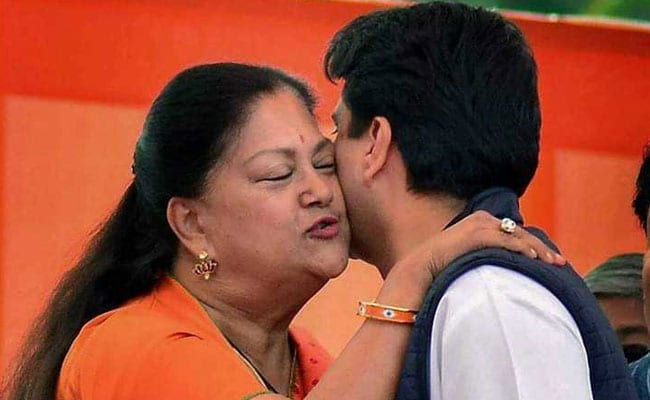 Vasundhara Raje was in head-to-toe saffron while the nephew was in a white kurta.

Vasundhara Raje, 65, is the sister of Jyotiraditya Scindia's father Madhavrao Scindia, who died in a plane crash in 2001. She was seen in a widely-circulated photo wrapping Jyotiraditya Scindia into a hug on the stage at the Albert Hall in Jaipur, her eyes closed with affection.

The aunt was in head-to-toe saffron while the nephew was in a white kurta and navy blue jacket. She also tweeted her wishes to the new chief minister, Ashok Gehlot, and his deputy Sachin Pilot.

Political affiliations have split the Scindias, a royal family from Gwalior in Madhya Pradesh, right down the middle. 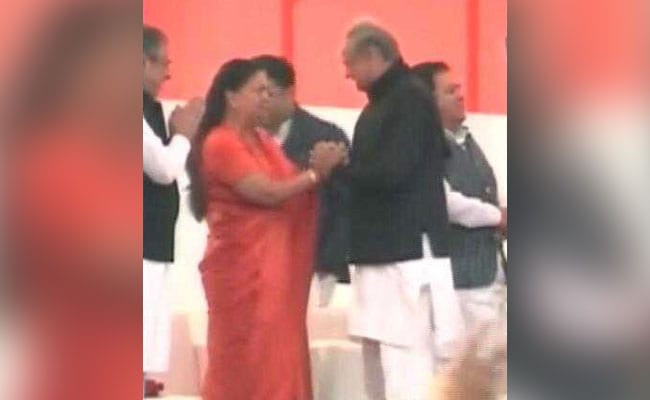 The family matriarch and the mother of Vasundhara Raje, Vijayaraje Scindia, was a founder leader of the ruling BJP. Vasundhara Raje's son Dushyant is also a BJP lawmaker.

Madhavrao Scindia, a former minister, was a senior Congress leader. His son Jyotiraditya is also considered to be among the key advisers of Congress chief Rahul Gandhi. Mr Scindia, 47, however, lost out in the intense bid for the chief minister's post in Madhya Pradesh and agreed to step aside for Kamal Nath, a 72-year-old veteran.

In 2003 and 2013, when Vasundhara Raje took oath as chief minister, the ceremony was held at Janpath outside the Rajasthan assembly building.