Petrol price rose to Rs 72.38 per litre in Delhi, highest since March 2014, according to daily fuel price list of state-owned oil firms. 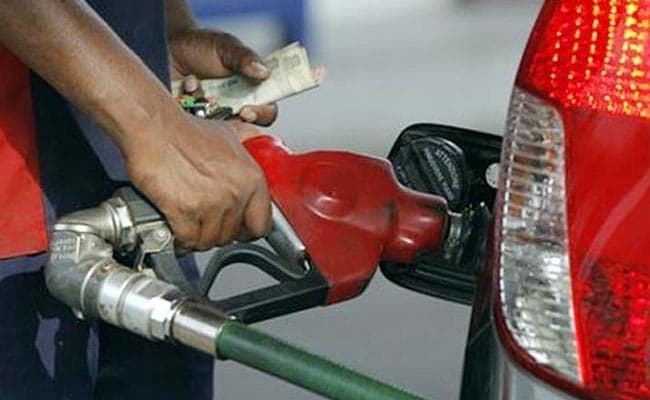 Petrol and diesel prices have been hiked, prompting the oil ministry to seek excise duty cuts

New Delhi: Petrol prices today hit the highest level since the BJP government came to power in 2014, and diesel touched a record high of Rs 63.20 a litre, prompting the oil ministry to seek a cut in excise duty.

Petrol price rose to Rs 72.38 per litre in Delhi, highest since March 2014, according to daily fuel price list of state-owned oil firms.

Rates have risen by Rs 3.31 per litre since mid-December.

In Mumbai, prices have crossed Rs 80-mark - costliest in the country.

Diesel is being sold at Rs 67.30 in Mumbai, where the local sales tax or VAT rates are higher.

Since mid-December, diesel rates have jumped Rs 4.86 a litre, according to oil companies.

The spurt in rates, caused by the rally in international oil prices, has led to the oil ministry asking the finance ministry for a cut in excise duty in the Union Budget 2018-19, to be presented in Parliament next week.

The reduction sought is part of the pre-Budget memorandum submitted by the ministry for the consideration of Finance Minister Arun Jaitley, officials said.

Oil Secretary KD Tripathi had yesterday stated that the ministry has forwarded a set of recommendation it had received from the industry. He however refused to give details.

The central government levies Rs 19.48 per litre excise duty on petrol and Rs 15.33 on diesel.

The rally in oil prices has renewed calls to the government to cut excise duty to cushion the burden on common man, the officials said.

The BJP-led NDA government had raised excise duty nine times between November 2014 and January 2016 to shore up finances as global oil prices fell, but cut the tax only once in October last year by Rs 2 per litre.

However, subsequent rally has wiped away all the gains and prices have touched new highs.

The October 2017 excise duty cut cost the government Rs 26,000 crore in annual revenue and about Rs 13,000 crore during the remaining part of the current fiscal year that ends on March 31, 2018.

The government had between November 2014 and January 2016 raised excise duty on petrol and diesel on nine occasions to take away gains arising from plummeting global oil prices.

State-owned oil companies in June last year dumped the 15-year old practice of revising rates on 1st and 16th of every month and instead adopted a dynamic daily price revision to instantly reflect changes in cost. Rates during the first fortnight starting June 16 dropped but have been on the rise since July 4.

Promoted
Listen to the latest songs, only on JioSaavn.com
Since then prices are revised on daily basis. Today, price of petrol went up by 15 paisa per liter and that of diesel by 19 paisa.


(Except for the headline, this story has not been edited by NDTV staff and is published from a syndicated feed.)
Comments
Petrol PricesDiesel PricesFuel Price Hike