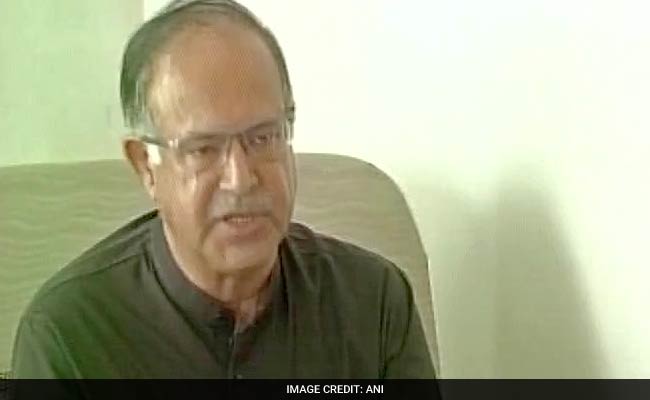 Srinagar: Tariq Hameed Karra, a founding member of Jammu and Kashmir's ruling People's Democratic Party and a lawmaker from Srinagar has formally resigned from the Lok Sabha in protest of the "failure" of Parliament to end violence in Kashmir.

The 61-year-old PDP lawmaker from Srinagar said that he was forced to take the extreme step to register his strong protest against the unabated killings, grievous injuries and "repression and suppression let loose on the people of Kashmir" and the failure of Parliament, Centre and Jammu and Kashmir government to "find a way out of this painful situation".

A week after he announced his decision to quit the party and Lok Sabha, Mr Karra sent his resignation to Speaker Sumitra Mahajan on Friday.

"For the first time in the history of Jammu and Kashmir, people of Kashmir were forced not to offer Eid prayers," he said in the letter in which he has asked the Lok Sabha Speaker to accept as his resignation with effect from September 15.

He said in the prevailing "very critical" situation, there is an urgency of responding to it beyond party politics.

"The present situation can't be allowed to dither any more as it could have dangerous consequences for the state and region," he said, adding, "it has already threatened the gains of the peace process which were so painstakingly made earlier."

He said the need of hour is that the government must reinforce its resolve to work through peaceful means and through public participation towards restoration of peace.

"The views of the people of the state, cutting across the political divide, have to be respected and responded to for the permanent settlement of the issue instead of resorting to hegemonic mindset," he said.

Mr Karra said he has decided to stand by his people instead of continuing as a member of a forum "which is yet to make any tangible moves" to end the violence in Kashmir.

Promoted
Listen to the latest songs, only on JioSaavn.com
He had announced his resignation on September 16, blaming the PDP-BJP alliance for the current turmoil saying "the seeds of deceit, disillusionment and disenchantment were sown in the minds and hearts of people the day the PDP tied an alliance with the BJP ...it was an unnatural alliance."

A one time close confidant of Chief Minister Mehbooba Mufti, Mr Karra, had defeated National Conference president Farooq Abdullah in 2014 Lok Sabha polls by a margin of 40,000 Votes. Tendering his resignation, he also accused the PDP of "working on the RSS-agenda".

Delhi Molestation-Murder Case Conviction Set Aside, 5 Get Benefit Of Doubt