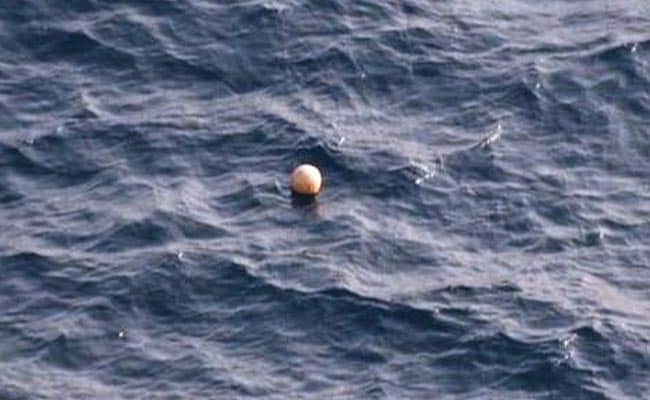 The 2001-make Pawan Hans helicopter crashed during night- landing practice, 160-km away from the seashore into the Arabian Sea.

Mumbai: The body of one of the pilots that was recovered from the wreckage of the Pawan Hans helicopter that fell into Arabian Sea off Mumbai coast last week has been identified as that of Captain TK Guha even as the search is on for the other missing pilot, a Coast Guard official said today.

"Capt. Guha's body was brought to the shore this morning at around 8.30 AM and sent for a post-mortem," the Coast Guard spokesman said.

The Coast Guard had yesterday recovered the body after locating the wreckage, including the cockpit, of the 14-seater VTPWF Dauphin aircraft, six days after the Pawan Hans helicopter crashed into Arabian Sea off Mumbai coast on November 4.

At the time of the incident, Captains E Samuel and TK Guha were on board the chopper.

While salvage efforts were being led by the companies concerned, Coast Guard ship 'Subhadra Kumari Chauhan' was still in the deep sea to recover more wreckage (of the helicopter) and also to find the other missing pilot, the spokesman said.

The 2001-make Pawan Hans helicopter crashed during night- landing practice, 160-km away from the seashore, after it had taken off from the Oil and Natural Gas Corporation (ONGC) installation.

The door of the aircraft was sighted by the Navy and Coast Guard soon after it had crashed into the sea. The helicopter wreckage was located on the seabed at a depth of 75m.

Underwater locater and sonar inputs were thoroughly analysed while divers searched the area for four days.

Vessels of the ONGC were also roped for the westerly side of the sea and Maritime Rescue Coordination Centre (MRCC) was coordinating the search (and rescue) operation, the spokesperson added.