After Patch-Up With Congress, Sachin Pilot Talks Of Rewards For Workers

Sachin Pilot said, "There should be coordination between leaders and workers who worked to bring the party into power and we should think what can be done for them". 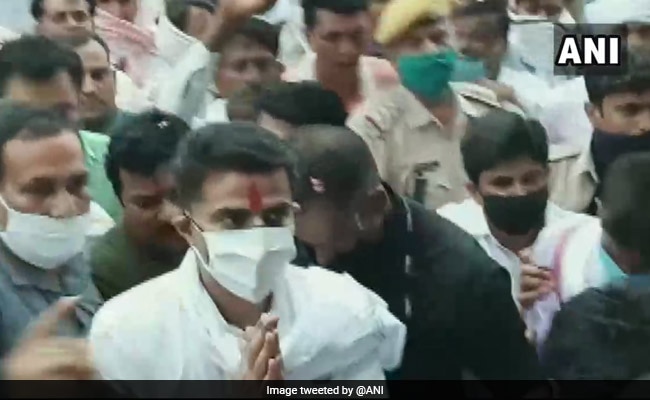 Congress's Sachin Pilot, who rejoined the fold after a month-long bitter stand-off with the party, spoke of better coordination between leaders and workers on Wednesday. At a meeting with party workers in Rajasthan's Tonk, he said, "There should be coordination between leaders and workers who worked to bring the party into power and we should think what can be done for them".

These matters, he said, have been discussed with the three-member committee appointed to look into the grievances of the rebels who kept the Ashok Gehlot government on tenterhooks for a month.

"Positive results will come out in the coming days," he was quoted as saying by news agency ANI.

The committee, which included Priyanka Gandhi Vadra, was appointed as part of the extensive negotiations between Mr Pilot and the Gandhis last week.

Already, Congress president Sonia Gandhi has accepted one of Mr Pilot's main demands -- the removal of Avinash Pande, the general secretary in charge of the state.

With his removal and the installation of Ajay Maken as the new chief of the state party, stage is now set for the three-member committee to look into Mr Pilot's concerns.

The 42-year-old leader and the 18 MLAs supporting him returned to the party soon after.

Mr Pilot, seen to be behind the party's revival in Rajasthan after its decimation by the BJP in 2011, was a contender for the Chief Minister's post. But he was persuaded to take the job of Ashok Gehlot's deputy by Rahul Gandhi after the party's victory in the 2018 assembly polls.

The friction between Mr Pilot and Mr Gehlot that started soon after continued. Matters came to a head last month after Mr Pilot was summoned for questioning by the state police, which is under the Chief Minister's control, over alleged deal-making with the BJP to pull down the government.

Mr Gehlot, who levelled the horsetrading allegations, issued more unfiltered comments about "handsome looks" and English proficiency as Mr Pilot and his loyalist MLAs rebelled. The stand-off took the government to the brink of collapse.