Party Workers, Not Leaders' Families, Will Get Preference In Polls: BJP Chief

"We will encourage ministers and lawmakers' families to work for strengthening the party, but workers will get preference for representation in polls," BJP chief JP Nadda said 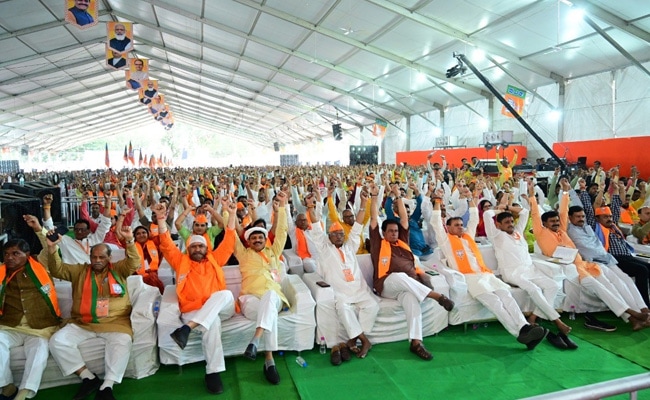 The Madhya Pradesh urban local body elections will be held in two phases. The first is on July 6 in 11 districts and the second phase on July 13 in 38 districts. Votes will be counted on July 17 for the first phase and July 18 for the second phase.

The elections in three districts - Alirajpur, Mandla and Dindori - will be held after the term of the local bodies ends.

Ahead of the polls, BJP national president JP Nadda praised the performance of the government headed by Shivraj Singh Chouhan. However, Mr Nadda said the party's parliamentary board will decide issues related to the 2023 state elections.

On the issue of dynastic politics, Mr Nadda said, "We will encourage ministers and lawmakers' families to work for strengthening the party, but workers will get preference for representation in polls."

"In Uttar Pradesh, the children of many lawmakers were competent. Similar may be the case in Madhya Pradesh. But we have to follow a policy and the pain it will give is obvious. Ultimately, we have to maintain our party's internal democracy," the BJP chief said.

"We're working on an issue which is contrary to long-standing political culture and practice of the country. We are against politics of dynasty. If we don't do it, which worker will want to work for the party, when it is to be run by some families only?

"It's a matter of following policy. Many times, surgeries will have to be done and Dettol will also need to be applied to address the wound. The policy cost us a few seats in the Madhya Pradesh bypolls, but still we stuck to ticket for workers only.

"In two-three bypolls in Madhya Pradesh in recent times, we stuck to the policy of fielding workers and not our politicians' children or family members, even when the Chief Minister and the state party chief warned us about the results. We stuck to the policy and will do it in future too," JP Nadda said.

On the Enforcement Directorate notice to Congress chief Sonia Gandhi and her son and MP Rahul Gandhi in the National Herald case and related attack by the Congress on the BJP and Prime Minister Narendra Modi, Mr Nadda said, "Have you ever seen or heard any accused saying that he or she is tainted? The Congress is no longer Indian, nor is it mational, neither is it Congress anymore. It's a party of bhai-behen. Rahul Gandhi doesn't speak anything on Indian soil as no one wants to hear him here."