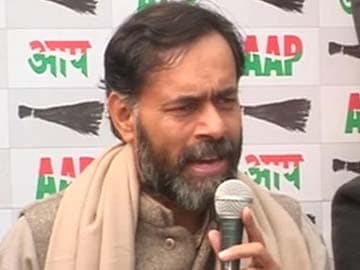 New Delhi: The morning after Arvind Kejriwal accepted what many see as a face-saving formula and called off his 33-hour protest in the heart of Delhi, his Aam Aadmi Party says it is the "principle that counts" more than the result.

"What appears to be a partial success today might prove to be a turning point in the history of Delhi's governance," AAP's Yogendra Yadav tweeted, acknowledging that the Centre had not agreed to its demands. "Some felt that we did not get our original demands. Nor did Gandhiji. He insisted on principles rather than concrete demands," he said.

"This is a victory for Delhi," Chief Minister Arvind Kejriwal said last evening, after Mr Jung appealed to him to call off the protest, that had left the heart of Delhi grid-locked, forced chaos upon commuters, and threatened to impede security and other arrangements needed for Sunday's Republic Day parade. (Read)

Mr Kejriwal's campaign against the Delhi Police began last week after his Law Minister Somnath Bharti was seen arguing with police during a night raid in a neighbourhood popular with immigrants from Uganda and Nigeria.

The policeman in charge of the area refused to search a house the minister claimed was being used as a brothel, saying they did not have a warrant to go in.

Apart from the suspension of that officer, Mr Kejriwal had also demanded that a policeman who had refused to act in an alleged dowry harassment case and the officer in charge of the area in which a Danish tourist was gangraped, be suspended while an enquiry is conducted.

Mr Jung, who is the Centre's representative in Delhi, yesterday promised to fast-track  the enquiry against the policemen. But the officer who stood up to Mr Bharti has not been suspended. He has been asked to go on leave; so has a junior cop from the area where the Danish woman was gang-raped.

Promoted
Listen to the latest songs, only on JioSaavn.com
There has been no action in the dowry case.