Today is the last day of parliament's winter session this year. The session saw continuous disruptions and little work done. The government and opposition have blamed each other. Today also sees opposition parties marching from parliament to the Rashtrapati Bhavan to meet President Pranab Mukherjee to protest against government's decision to yank 500-and 1,000-rupee notes.
Dec 16, 2016 14:22 (IST)
Lok Sabha has been adjourned indefinitely. Parliament winter session 2016 thus comes to a close.
Dec 16, 2016 14:17 (IST)
Rights of Persons with Disabilities Bill passed.
Dec 16, 2016 13:21 (IST)
Opposition leader Sharad Yadav on meeting President on obstruction in Parliament 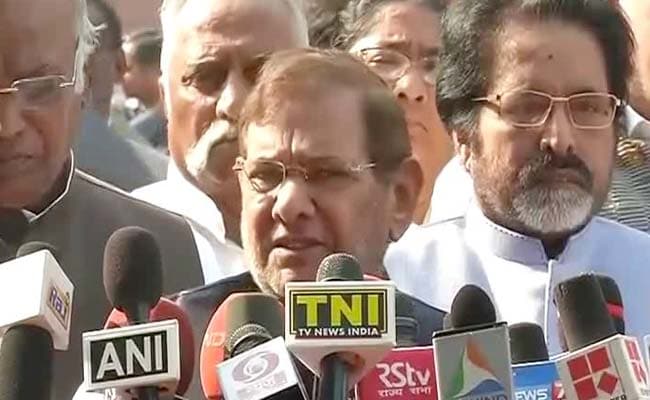 They (government) must explain why a debate could not take place during the winter session.

The opposition is united and we will  continue to pressure the government on this hasty decision.
Dec 16, 2016 13:10 (IST)
Congress leader Mallikarjun Kharge addresses the media after meeting President 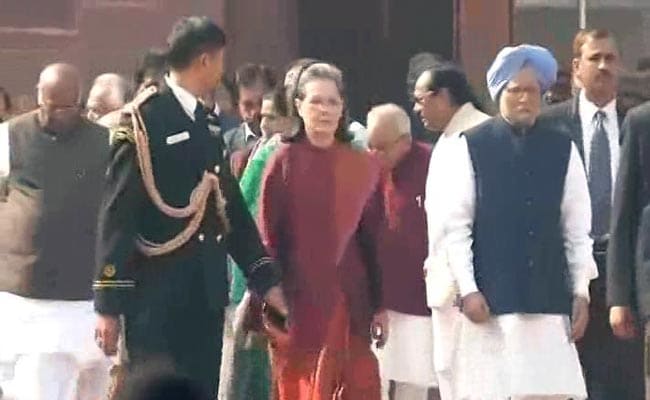 Dec 16, 2016 11:58 (IST)
Disability Bill, that was passed by Rajya Sabha this winter session, is expected to be passed in Lok Sabha today
Dec 16, 2016 11:49 (IST)
After an emotional speech by the Chairman, Rajya Sabha is adjourned indefinitely.

Rajya Sabha Chairman Hamid Ansari- All sections of the House need to introspect on the distinction between dissent, disruption and agitation. 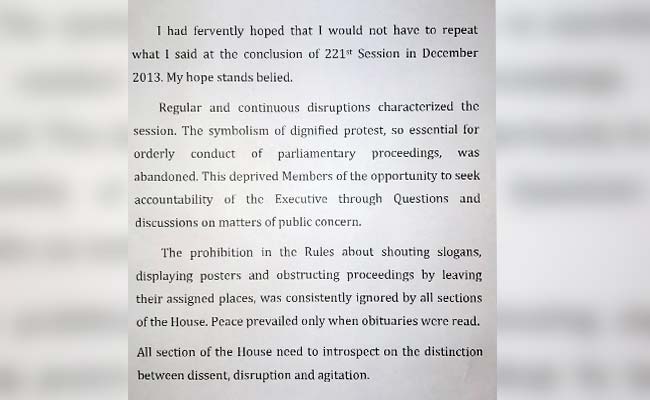