President's rule will be extended in Jammu and Kashmir for a period of six months with effect from July 3. 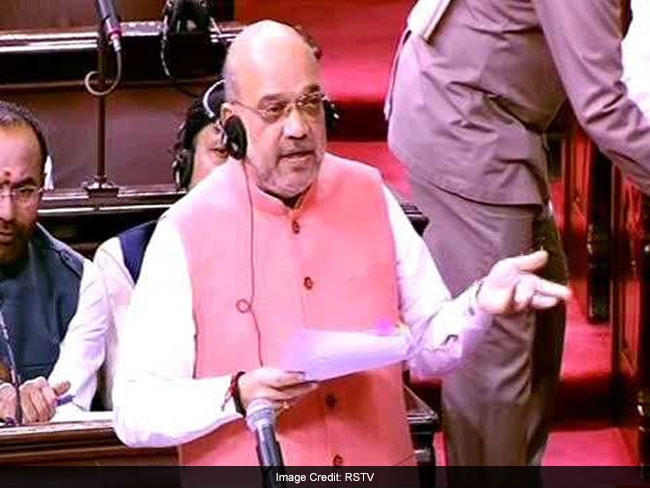 Those who want to break the country, should feel frightened, Amit Shah had said

President's rule will be extended in Jammu and Kashmir for a period of six months with effect from July 3. The amendment bill of the Jammu and Kashmir Reservation Act, 2004 was also passed in the Upper House following a speech by Home Minister Amit Shah where he spoke of "Insaniyat, Jamhooriyat, Kashmiriyat".

The resolution to extend the President's rule in Jammu and Kashmir for another six months was already passed by the Lok Sabha While tabling the resolution, Mr Shah said the elections in the state cannot take place now, as the state assembly has been dissolved.

"Modi government's commitment to the policy of 'Jamhooriyat, Insaniyat, Kashmiriyat' should not be taken to mean that the forces that want to divide India will be spared. They will be given an appropriate response in their same language," Amit Shah said in Rajya Sabha.

Jammu and Kashmir has been under central rule since June 2018, when the BJP ended its alliance with Mehbooba Mufti's People's Democratic Party.

Here are the LIVE Updates of the Parliament session:

WATCH | "Want to tell people of Jammu and Kashmir - you need not be scared," says Amit Shah in Rajya Sabha pic.twitter.com/bqMWlN1od5

Time Will Come When Sufis, Pandits Will Be Seen Together In Kashmir: Amit Shah
Union minister Amit Shah, responding to the debate on the bill to extend President's Rule In Jammu and Kashmir, said the government will bring about the promise of "Insaniyat, Jamhuriyat and Kashmiriyat" - terms first used by former Prime minister Atal Bihari Vajpayee, promising a healing touch for Kashmir.
Jul 01, 2019 19:50 (IST)

Amit Shah Speaks In Rajya Sabha On Jammu And Kashmir Reservation Bill
Union Home Minister Amit Shah on Monday moved a resolution in the Rajya Sabha for extending President's rule in Jammu and Kashmir in Jammu and Kashmir for a period of six months with effect from July 3 along with the amendment bill of the Jammu and Kashmir Reservation Act, 2004. The resolution to extend the President's rule in Jammu and Kashmir for another six months was already passed by the Lok Sabha While tabling the resolution, Mr Shah said the elections in the state cannot take place now, as the state assembly has been dissolved.
Jul 01, 2019 19:44 (IST)
"Security agencies had expressed inability to provide security to candidates for holding Lok Sabha, Assembly polls together. Government will not delay elections in Jammu and Kashmir even for a day the moment Election Commission agrees to hold polls. Snapped ties with PDP when realised separatism was being encouraged," Home Minister Amit Shah was quoted as saying by Press Trust of India
Jul 01, 2019 19:42 (IST)

WATCH | "Why were local polls not held in Jammu and Kashmir till today? It is the Modi government that has taken 'jhamooriyat' to the villages": Home Minister Amit Shah in Rajya Sabha

Jul 01, 2019 19:42 (IST)
BJP tweets on Amit Shah's speech in the Parliament:
"Ram Gopalji had said that Kashmir is disputed, I would like to point out that neither is Kashmir disputed nor POK Kashmir is disputed, all these are an integral parts of India"
"But when we felt that separatism was being promoted and water was going over the head, we did not even take any extra time to withdraw from the government"
"Modi govt is clear that infiltration must be curbed and infiltrators must be identified and sent away. For this, we are committed to NRC. As for the persecuted Hindu refugees, we will also bring Citizenship Amendment Bill to grant the Indian citizenship"
Jul 01, 2019 19:36 (IST)
"Modi government's commitment to the policy of 'Jamhooriyat, Insaniyat, Kashmiriyat' should not be taken to mean that the forces who want to divide India will be spared. They will be given an appropriate response in their same language: HM Shri @AmitShah," said a tweet posted by BJP's official account.
Jul 01, 2019 19:33 (IST)
What Amit Shah said in Rajya Sabha:
Jul 01, 2019 19:26 (IST)

Jammu and Kashmir is an integral part of India and it can never be ceded away from India. Narendra Modi govt is committed to pursue its policy of 'zero tolerance' against terrorism relentlessly and to the uniform and equal development of Jammu, Kashmir and Ladakh: Shri @AmitShah

Jul 01, 2019 19:18 (IST)
Amit Shah's speech in the parliament:
"Sufi tradition had been part of Kashmir? where are they know?
Kashmiri pandits, they were thrown out of the state, were they not part of Kashmiriyat?
When Sufis were attacked, Sufi saints were murdered, those who used to talk of Hindu-Muslim unity, they were also thrown out of Kashmir."
Jul 01, 2019 19:12 (IST)
"There will be a time when we will see Kashmiri Pandits and Sufis, both stand together and pray," Says Amit Shah at the Upper House of the Parliament.
Jul 01, 2019 19:10 (IST)
"Jammu and Kashmir is an integral part of the country and no one can separate it from India. The Narendra Modi government has a zero-tolerance policy towards terrorism. The government is committed to Jammu and Kashmir's development. We will move forward in the spirit of Kashmiriyat, Jamuriyat, insaniyat..." said the Home Minister in the Rajya Sabha.
Jul 01, 2019 19:08 (IST) 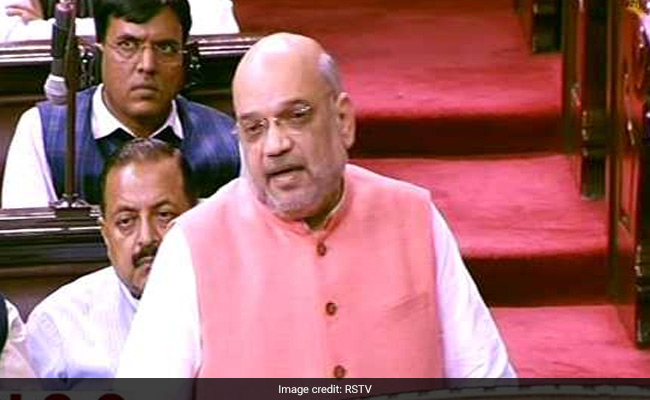 Amit Shah 's address in the Parliament:
Jul 01, 2019 19:02 (IST)
Amit Shah speaks in the Parliament. Says Jammu and Kashmir an integral part of India.
Jul 01, 2019 14:54 (IST)
The government said it has taken a serious note of the assault on a forest department official in Telangana and will do whatever possible as a regulator. Environment Minister Prakash Javadekar said during the Question Hour that such incidents cannot be tolerated. "We are taking it very seriously because this cannot be tolerated. We, as a regulator, will do whatever possible," Mr Javadekar said.
Jul 01, 2019 14:12 (IST)
Amit Shah Presents tables resolution on President's rule in Jammu and Kashmir
Jul 01, 2019 13:55 (IST)
Union Minister Santosh Kumar Gangwar on Monday said that reports about high unemployment rate in the country are misleading and asserted that employment generation is the priority of the government. The government is looking into the issue of unemployment and would be coming out with a report, he said.
Jul 01, 2019 13:01 (IST)
The DMK on Monday named two party nominees for the Rajya Sabha election, effectively quashing speculations of former prime minister Manmohan Singh being fielded from Tamil Nadu with its support. DMK president M K Stalin announced that the third seat was being allotted to ally MDMK.

Jul 01, 2019 12:59 (IST)
Ram Vilas Paswan takes oath as Rajya Sabha member
Union Minister Ram Vilas Paswan, who was last week elected unopposed to the Rajya Sabha from Bihar, Monday took oath as a member of of the Upper House. Chairman M Venkaiah Naidu called for new members to take oath.
Jul 01, 2019 11:01 (IST)
"This bill is not to please anyone but for those living near the International Border," Amit Shah said.
Jul 01, 2019 09:27 (IST)
The Jammu and Kashmir Reservation (Amendment) Bill, 2019 has been passed in Lok Sabha. The upper house approved the statutory resolution to extend President's rule in Jammu and Kashmir for a further period of 6 months with effect from July 3.
Home Minister Amit ShahPresident's Rule in Jammu and Kashmir