The 30-member committee, chaired by former Union Minister Jual Oram and of which Congress leader Rahul Gandhi is a member, intends to visit the eastern Ladakh region in the last week of May or June. The decision was taken in the panel's latest meeting, but Rahul Gandhi Gandhi did not attend. 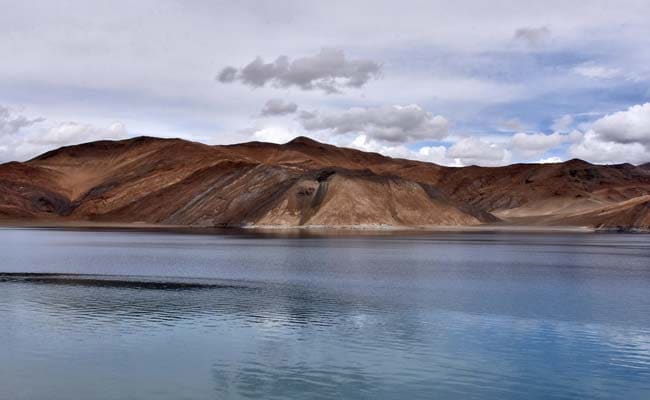 The parliamentary standing committee on defence intends to visit the Galwan Valley and the Pangong lake in the eastern Ladakh region which has been witness to a violent standoff between the troops of India and China, sources said.

However, it may seek the permission of the government before visiting the strategically-located areas, they added.

The 30-member committee, chaired by senior BJP leader and former Union Minister Jual Oram and of which Congress leader Rahul Gandhi is a member, intends to visit the eastern Ladakh region in the last week of May or June, the sources told news agency Press Trust of India.

The decision to visit these areas was taken in the panel's latest meeting, they said. Rahul Gandhi Gandhi did not attend it.

The panel's visit to the Line of Actual Control (LAC) depends on the approval from the government, the sources added.

After a nine-month standoff, the militaries of India and China reached an agreement on disengagement in the north and south banks of Pangong lake that mandates both sides to cease forward deployment of troops in a "phased, coordinated and verifiable" manner.

On Thursday, Defence Minister Rajnath Singh made a detailed statement in Parliament on the disengagement pact.

According to the agreement, China has to pull back its troops to east of Finger 8 areas in the northern bank while the Indian personnel will be based at their permanent base at Dhan Singh Thapa Post near Finger 3 in the region.

Similar action will take place on the south bank of the lake as well, Rajnath Singh said.

India has not "conceded" any territory to China by firming up an agreement on the disengagement process in Pangong Tso in eastern Ladakh, and other outstanding "problems" including in Depsang, Hot Springs ad Gogra will be taken up at the upcoming talks between military commanders of the two countries, the Defence Ministry said on Friday.

The statement by the ministry came hours after Congress leader Rahul Gandhi alleged that the government has "ceded" Indian territory to China and raised questions over the agreement on the disengagement process.

The ministry also dubbed as "categorically false" the assertion that Indian territory is up to Finger 4 in the Pangong Tso area, adding the permanent posts of both sides in the area are "longstanding and well-established".

"India has not conceded any territory as a result of this agreement. On the contrary, it has enforced observance and respect for LAC and prevented any unilateral change in the status quo," the ministry said in the strongly-worded statement.

The MEA also said the two countries have agreed to convene the 10th round of senior commanders meeting within 48 hours after complete disengagement in the Pangong Lake area to address the remaining issues, and added that no date has been set for Working Mechanism for Consultation and Coordination (WMCC) on India-China border affairs.

The agreement on disengagement in the north and south banks of Pangong lake mandates both Chinese and Indian sides to "cease" forward deployment of troops in a "phased, coordinated and verifiable" manner.