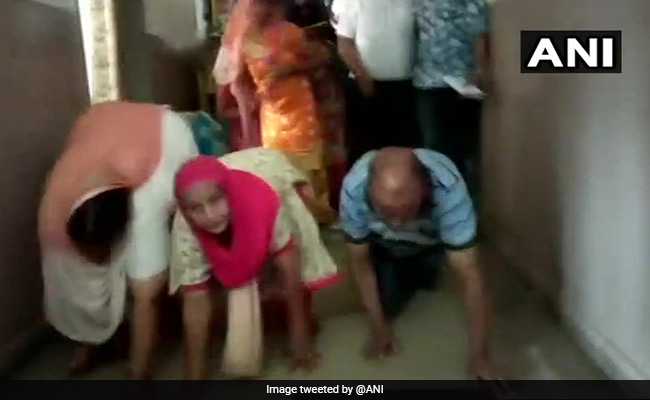 Parents have demanded CBI inquiry into the bus accident.

Months after 27 students died in a school bus accident in Himachal Pradesh's Kangra district, their parents crawled to the office of District administration in Dharamshala as a mark of protest on Monday.

The parents have demanded Central Bureau of Investigation (CBI) inquiry into the bus accident that killed their children on April 9.

They expressed dissatisfaction over the investigation report prepared by Additional District Magistrate, Kangra.

Beena Pathania, one of the children's grandmother said, "We came here to demand justice for our children. We are demanding CBI inquiry as the administration has tried to hide things."

"There are three to four departments involved in this case and CBI can reveal it. We want strict punishment for the persons responsible for this accident," Ms Pathania said.

Naresh Singh, another child's father said, "The Additional District Magistrate told us yesterday that all reports were based on facts but he didn't say anything about retaining wall or the truck. We are not happy with this report."