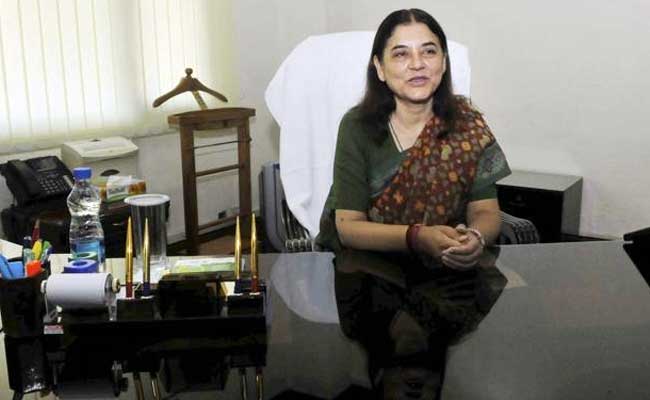 Women and Child Development Minister Maneka Gandhi said that they have finally managed to get the panic button. (PTI file photo)

"We finally managed to get the panic button. We have been working on it over the last two years. I spoke to the Prime Minister and he took it extremely seriously and immediately it has been done so we should give him credit for it," Ms Gandhi told reporters outside Parliament.

As per the decision, police help will soon be available at the press of the panic button on mobile handset.

She said, "When I came to the Ministry there were proposals that women should wear necklace (with an inbuilt device pressing which could trigger an alarm).

For the second thing, she said, "I am working on now that till the police come... somebody has developed an application.

This button will alert ten people around you who are closer to you and they can help you till police comes. So I am thinking to make that App compulsory on mobile phones."