With the expert panel's recommendations, the project comes a step closer to getting the environment clearance (EC), to be given by the Union Environment Minister. 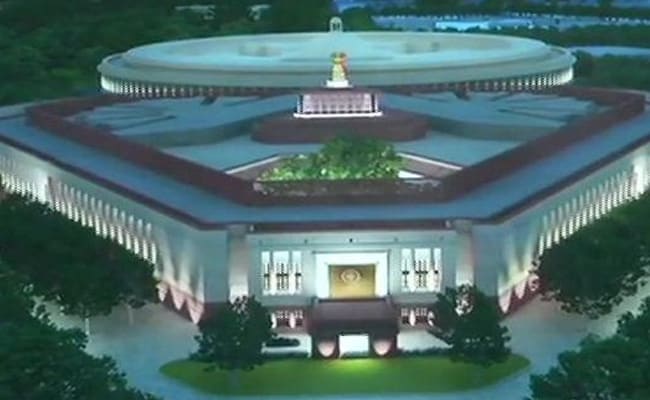 The environment ministry's expert appraisal committee has recommended granting environment clearance to the government's ambitious Central Vista redevelopment project, but directed that its developer should ensure no air pollution is caused during the demolition of existing structures.

With the expert panel's recommendations, the project comes a step closer to getting the environment clearance (EC), to be given by the Union Environment Minister.

The expert appraisal committee (EAC) took the decision in a meeting held on December 17, the minutes of which were uploaded on the ministry's website on Monday.

The Central Public Works Department (CPWD) is executing the project which includes development/redevelopment of Common Central Secretariat Buildings and Central Conference Centre, along with Prime Minister's Residence, SPG Building and Vice President's Enclave. It has revised the estimated project cost from Rs 11,794 crore to Rs 13,450 crore.

According to the minutes of the EAC meeting, the CPWD said that it will cover the impact of the Prime Minister's Office (PMO) in the Environment Impact Assessment (EIA) report for holistic coverage of overall impacts, which means a new PMO will also come up under the Central Vista redevelopment project.

In its earlier proposal, the CPWD had not mentioned the construction of a new PMO. It had written a letter to the expert panel recently, saying that the impact of the proposed PMO will be included in the EIA report.

The expert panel said that it has deliberated upon the information provided by the CPWD and found that "the project is now integrated in nature. After detailed deliberation, EAC recommended granting Terms of Reference."

While granting Terms of Reference (ToR), the panel asked the developer to provide "detailed demolition plan along with mitigative measures, include details of proposed strategy for management of construction and demolition (C&D) waste and efforts must be made for instant demolition of latest technique in place of extended demolition to avoid air pollution during demolition process."

With the ToR having been granted, the CPWD now has the go-ahead to draw up the Environment Impact Assessment (EIA) and the Environment Management Plan (EMP) reports and submit it to the environment ministry for final approval.

The redevelopment project of Central Vista -- the nation's power corridor -- envisages a new triangular Parliament building, a common central secretariat and revamping of the three-km-long Rajpath from Rashtrapati Bhavan to India Gate.

The proposed development/redevelopment is coming up over a total plot area measuring 5,48,776 square metre, the expert panel was told.