Aishwarya Rai Bachchan had been summoned by the central probe agency twice previously but she sought more time to depose. 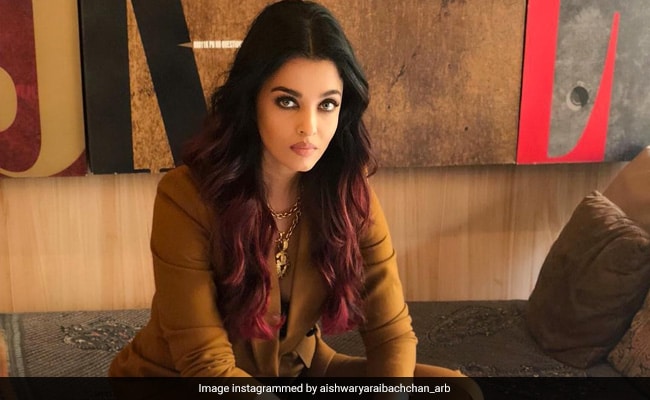 Bollywood actress Aishwarya Rai Bachchan has been questioned by the Enforcement Directorate (ED) in connection with a case linked to the 2016 Panama Papers global expose. The 48-year-old, who is alleged to have stashed wealth abroad in violation of forex regulations, deposed before the agency in Delhi on Monday.

She had been summoned by the central probe agency twice previously but she sought more time to depose. Aishwarya Rai Bachchan, the daughter-in-law of megastar Amitabh Bachchan, was among hundreds of prominent personalities from India whose names were mentioned in the leaked documents.

The global tax leaks first came to light in 2016, when the International Consortium of Investigative Journalists (ICIJ) shared their investigation with media organisations around the world. These reports showed how several personalities, from politicians to businesspersons and top executives to leading actors, allegedly parked their money in offshore entities or shell companies in tax havens such as the British Virgin Islands (BVI) and avoided paying taxes in their home countries.

The Panama Papers triggered investigations in several countries about how the world's rich and powerful avoided paying taxes.

In India, the Enforcement Directorate began its probe soon after the reports were published in April 2016. Later, other probe agencies too were roped in as the investigation expanded.

The Enforcement Directorate has yet to officially disclose the trajectory their investigation is following. The probe agency has issued notices to the Bachchan family, asking them to explain their foreign remittances since 2004 under RBI's Liberalised Remittance Scheme. The Bachchans found their names in the records maintained by the Panamanian firm Mossack Fonseca, which reportedly helped many of these personalities set up offshore entities.

Sources have told NDTV that Aishwarya Rai has submitted records on foreign payments she has received in the past 15 years.

As per a PTI report quoting Enforcement Directorate sources, in 2004, an offshore entity named Amic Partners Limited in BVI was set up with Aishwarya Rai as director. The actress, in 2009, exited the company. It was taken over by BKR Adonis, a Dubai-based firm.

More than 300 Indians are said to be part of the Panama Papers, including Amitabh Bachchan. The documents had named Amitabh Bachchan, separately from Aishwarya Rai Bachchan, as director of four offshore shipping companies registered in the British Virgin Islands and the Bahamas. However, Amitabh Bachchan has denied any connection with the companies. He said it's “possible that my name has been misused”.

When Aishwarya Rai's name first surfaced in 2016, her media advisor Archana Sadanand had questioned the expose and described the reports as “untrue and false”.