Palghar bypolls: The official, apparently tired of waiting for the bus, called for his own private car from home. 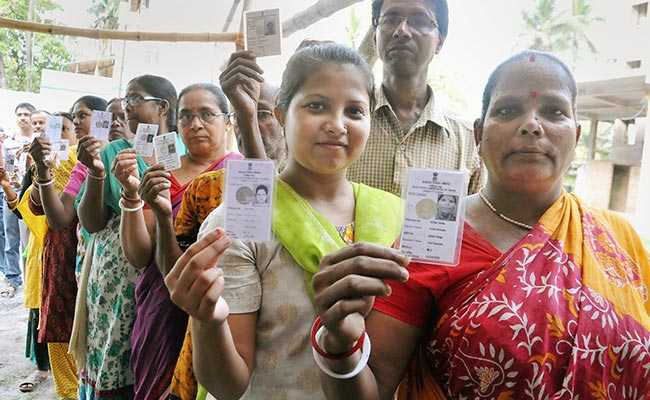 Palghar by-election was necessitated following the death of its BJP lawmaker.

Palghar, Maharashtra: After polling ended in the Palghar Lok Sabha bye-elections on Monday night, a polling officer in Maharashtra broke protocol and transported the confidential VVPAT-Electronic Voting Machines (EVMs) by his private car to the strongroom, early this morning.

Confirming the incident, Palghar Collector Prashant Narnaware said that a report has been received from the election Zonal Office and a detailed investigation has been ordered through by the Assistant Returning Officer of the area.

The concerned official, apparently tired of waiting for the bus, called for his own private car from home. It is not clear whether he was accompanied by any security personnel on this venture.

The collector concurred that it was indeed "a serious lapse" since, after the voting in any elections, "the EVM-VVPATs are considered sacrosanct" and cannot be moved around anywhere in such an unauthorized manner.

"As per the guidelines, after voting is completed, a special bus is sent to pick up all the Voter Verifiable Paper Audit Trail-Electronic Voting Machines from all the polling centres.

"Each bus has a specific route by which it travels, picks up the machines and takes them to the ARO office. In this case, the laid down procedures were not followed by the concerned officer," Narnaware told IANS.

The officer, whose name has not yet been made known, was the polling officer at Chinchani polling station in Dahanu sub-district.

He loaded a couple of EVM-VVPATs on the rear seat and drove off to the ARO's office early on Tuesday to deposit them in the strongroom before the counting process is undertaken on May 31.

Promoted
Listen to the latest songs, only on JioSaavn.com
When the shocking development came to light, whips were cracked and a police complaint is set to be lodged against the officer and others.

The high-stakes bye-elections to the Palghar Lok Sabha, along with Bhandara-Gondiya, were held on Monday, amidst widespread incidents of malfunctioning EVM-VVPATs and allegations of foul play by all opposition parties and ruling ally Shiv Sena.
Comments
Palghar By-ElectionPalghar BypollsEVM