Pakistan Seems To Have Allied With PM Modi: Congress

Randeep Surjewala said the entire country saw Modiji's love for then Prime Minister Nawaz Sharif and the ISI "when he went uninvited to Pakistan and then invited ISI to India". 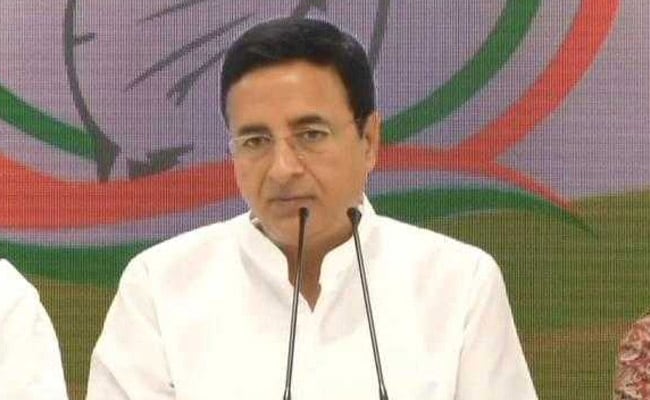 The Congress on Thursday attacked Prime Minister Narendra Modi over remarks of his Pakistan counterpart Imran Khan that peace talks prospects with India were better if PM Modi won the polls, saying Islamabad seemed to have officially allied with PM Modi.

Congress spokesperson Randeep Singh Surjewala said the Pakistan Prime Minister and ISI want that such a Prime Minister should continue in India under whom "internal strife continues to blow, where the atmosphere of hatred and division gets perpetuated by the actions of the powers that be, where peace is a casualty in the country and where directly or indirectly forces inimical to India continue to get space".

He said the entire country saw Modiji's love for then Prime Minister Nawaz Sharif and the ISI "when he went uninvited to Pakistan and then invited ISI to India".

"It seems that the love affair with Imran Khan now continues. We want to say Imran Khan and Pakistan will never succeed nor will the firecrackers, in Modiji's language, burst in Pakistan, for Modiji is going to lose the 2019 election," he said. Mr Surjewala said Pakistan wants that while its relationship with China should be strengthened, it wants to isolate India.

"Let me say today as a citizen of India, that Pakistan Prime Minister's diabolical design and wish will never come true. We will defeat every force that perpetuates and propagates hatred, division in this country and Imran Khan's friend Modiji and his party will be decimated by the people of India," Mr Surjewala said.

PM Modi had on Wednesday accused Congress of speaking the language of Pakistan. BJP leaders have also said that remarks of Congress and other opposition leaders were being quoted in the neighbouring country.

Imran Khan had expressed the hope during an interview that India-Pakistan peace had a "better chance under Modi".

He also said that if the next Indian government were led by the opposition Congress party, it might be too scared to seek a settlement with Pakistan over the Kashmir issue.

"Perhaps if the BJP - a right-wing party - wins, some kind of settlement in Kashmir could be reached," he said, adding he believed PM Modi too would be interested to restart the dialogue despite the current impasse.