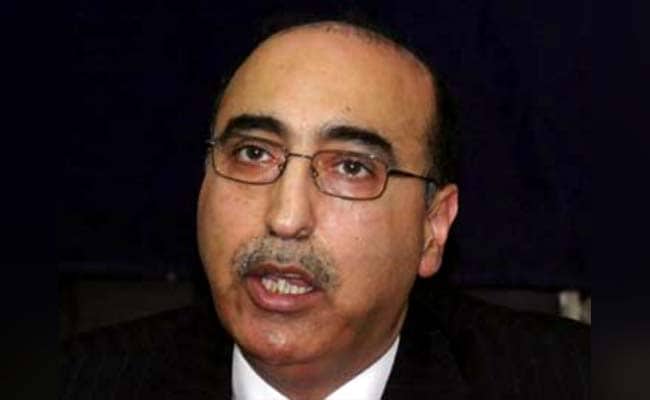 Islamabad: Pakistan has rejected India's charge of infiltration in Kashmir, after its envoy Abdul Basit was summoned and handed over a "strong demarche" over Pakistan's continued support to cross-border terrorism.

"We strongly reject Indian claim of any cross- LOC infiltration. Pakistan remains committed to the policy of not allowing its territory for any terrorist activity against anyone," the Foreign Office said in statement last night when asked about India summoning the Pakistani High Commissioner.

It said that it is necessary to establish "veracity of the Indian claim".

"Details in this regard will be gathered," it said.

Amid growing strain in ties, India yesterday summoned Mr Basit and handed him a "strong demarche" over Pakistan's continued support to cross-border terrorism by pushing in trained terrorists to carry out attacks, particularly in Kashmir.

Foreign Secretary S Jaishankar called Mr Basit to his South Block office and lodged a strong protest over the issue as he made a specific reference to LeT terrorist and Pakistani national Bahadur Ali, who was captured recently in North Kashmir during an encounter.

Ali, born in the Zia Bagga village of Lahore, was arrested by Indian authorities in Jammu and Kashmir on July 25 with weapons (AK 47 rifle, live rounds, grenades, grenade launcher etc) as also sophisticated communication equipment and other material of Pakistani/ international origin, according to the demarche issued to Basit.

The ties between India and Pakistan have seen growing bitterness after Pakistan and its Prime Minister Nawaz Sharif made provocative statements on the Kashmir situation in the wake of killing of Hizbul Mujahideen commander Burhan Wani in an encounter with the security forces on July 8.