Mr Singh's remarks came a day after the Border Security Force (BSF) unearthed the tunnel at the International Border in the Arnia sector here. The tunnel was being dug from the Pakistani side. 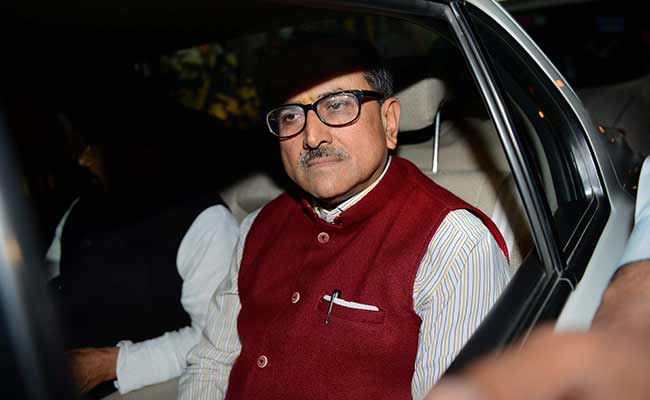 Jammu: Jammu and Kashmir Deputy Chief Minister Nirmal Singh today lauded the BSF for unearthing a 14-feet-long tunnel being dug from across the border and said Pakistan was "desperate" after tasting "defeat militarily and diplomatically".

Mr Singh's remarks came a day after the Border Security Force (BSF) unearthed the tunnel at the International Border in the Arnia sector here. The tunnel was being dug from the Pakistani side.

"Pakistan is desperate after it tasted defeat militarily and diplomatically (at the hands of India) along the borders and within Jammu and Kashmir," Mr Singh told reporters.

Pakistan was left isolated in the world and even China, its closest friend, made it clear that it will not support Pakistan over terrorism, he claimed.

Mr Singh said the Islamic countries, whose leadership Pakistan used to claim, have also rejected it over terrorism.

Asked about the BSF's unearthing of the tunnel, Mr Singh said Pakistan was doing everything with the intention of destabilising Jammu and Kashmir and the country.

The Deputy Chief Minister lauded the forces for being alert, saying they have scuttled Pakistan's nefarious designs.

He also hailed the BSF for its timely detection of the tunnel.

"Jammu and Kashmir police, security forces and Army enjoy excellent synergy in dealing with this monster and its proxy war," Mr Singh said.

That is why Pakistan is not achieving any success, the BJP leader said.

Mr Singh claimed that 54 attempts were made by Pakistan to push armed intruders into the state recently but alert forces foiled 44 such attempts.

"Those who succeeded (in infiltrating) were either killed on the borders or in the hinterland," he said, adding that over a dozen top militant commanders of various terrorist organisations have been eliminated this year.

"There is a a joke doing the rounds in Kashmir that the post of (militant) area commander or (militant) commander is vacant and is there anybody to fill the post...One who gets nominated today is getting eliminated shortly," he said.

"We are focusing on a multi-pronged strategy to deal with terrorism," Mr Singh said.

Asserting that the government was prepared to deal with any situation, he said those who speak the language of the gun will be answered in the same manner while those interested in talks and desirous of peace need to come forward with their grievances.

Promoted
Listen to the latest songs, only on JioSaavn.com
"We have made it clear that a terrorist is a terrorist and will be dealt accordingly," Mr Singh said.

Home Minister Rajnath Singh and BJP General Secretary Ram Madhav have already extended an olive branch to the people desirous of peace in Jammu and Kashmir during their recent visits, Mr Singh said.