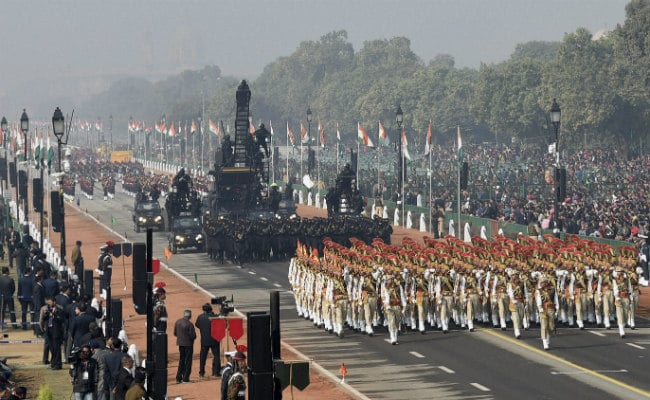 Ahead of Republic day, Pak terrorists may sneak into India with Afghan IDs, intel agencies have warned

New Delhi: Pakistan-based terror groups may use Afghan IDs to sneak into India and carry out attacks, intelligence agencies have warned ahead of Republic Day celebrations on Thursday.

The Special Protection Group, which provides security to Prime Minister Narendra Modi, Congress President Sonia Gandhi and other top leaders of the country, has asked the Delhi Police to widen its searches and scan all buildings within 2.5 km of Rajpath, the ceremonial road on which the Republic Day parade is held.

Intelligence warnings of terror attacks and extra security measures are not uncommon ahead of the Republic Day, which is witnessed by the President, PM and hundreds of other people in the heart of Delhi. But the latest inputs have promoted the Special Protection Group to ask for enhanced security.

SPG Director AK Sinha has reportedly discussed with the Intelligence Bureau chief on posting 'spotters' along the parade route in the capital.

Government buildings and offices in the heart of Delhi are usually shut down a day before the parade for security.

After the intel warnings, Delhi has been brought under ground-to-air security cover.

Thousands of armed personnel are on guard and the police are using anti-drone technology to protect against aerial attacks.

There have also been intelligence warnings that terror groups like the Pakistan-based Lashkar-e-Taiba might be planning to use helicopter charter services and charter flights to launch attacks.

Security personnel will be stationed on buildings with anti-aircraft guns and CCTV cameras have been installed near the parade route.

Promoted
Listen to the latest songs, only on JioSaavn.com
According to the Press Trust of India, agencies have been told in an advisory that "it is imperative for the security forces to be familiar with the range of threats for devising appropriate counter means as the use of conventional weapons by the terrorist and criminal groups is a part of a process to develop new techniques and tactics."

The advisory also says, "terrorists may use the uniform of security forces for fidayeen or suicide attacks" and personnel who are part of the celebrations should be thoroughly frisked and identified.

Around 50,000 security personnel from the Delhi Police and central security forces have been posted.