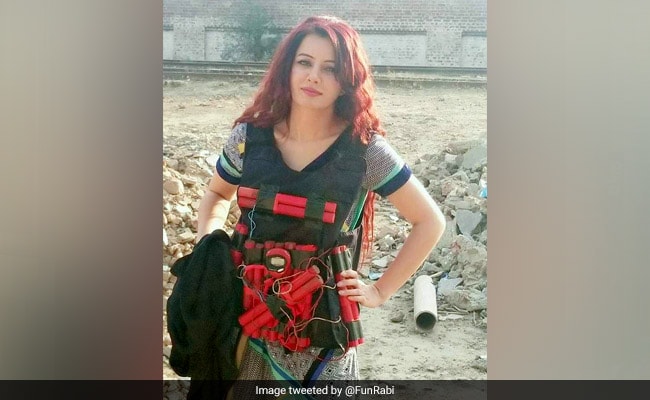 Rabi had filed a complaint with the Federal Investigation Agency.

Pakistani singer Rabi Pirzada on Monday announced that she has decided to quit the entertainment industry, after her private pictures got leaked online.

Rabi took to Twitter and wrote: "I, Rabi Pirzada quitting showbiz. May Allah forgive my sins. And soften the hearts of people in my favour."

According to the reports, Rabi had filed a complaint with the Federal Investigation Agency, over the leaked content that went viral on social media platforms.

Prior to this, Rabi had made headlines for threatening Prime Minister Narendra Modi. She had warned PM Modi with a suicide attack.

Rabi had posted a photo of herself donning what appeared to be a suicide jacket with a caption warning PM Modi over Kashmir. "#ModiHitler I just wish huh. #kashmirkibeti."

She even tried to threaten PM Modi over Kashmir issue with snakes and crocodiles. She had uploaded a video in which she was seen holding a snake.

"All these are gifts for PM Modi. My friends will feast on you," she had written alongside the video.

This did not go down with wildlife authorities. She was asked to pay a fine for illegal captivity of reptiles.