Dawood Ibrahim masterminded the blasts in which 12 bombs went off at different locations across Mumbai in 1993, killing 257 and leaving over 700 injured.

Pakistan Prime Minister Imran Khan, who has called for peaceful ties with India, on Thursday said "he can't be held responsible for the past" when asked by NDTV about India's 'Most Wanted' terrorist Dawood Ibrahim. "We can't live in the past. We also have a list of wanted in India... It is not in our interest to allow use of Pakistan's territory for terror outside," Imran Khan told NDTV in Islamabad.

Dawood Ibrahim masterminded the 1993 blasts in which 12 bombs went off at different locations across Mumbai, killing 257 and leaving over 700 injured. Listed as a global terrorist by a committee of the UN Security Council, Dawood Ibrahim continues to evade arrest and stay in Pakistan.

India's assertion that he has been sheltered by Pakistan was confirmed this year when the latest list of terror organisations and terrorists released by the UN Security Council included Dawood Ibrahim and his Karachi address.

On Mumbai terror attacks mastermind Hafiz Saeed, who continues to roam free in Pakistan, Imran Khan said, "There are UN sanctions against Hafiz Saeed. There is already a clampdown on the Jamaat-ud-Dawah chief. These are the issues we have inherited". Hafiz Saeed was put under house arrest after the 26/11 Mumbai terror attack, but was freed by a court in Pakistan in 2009. He carries a reward of $10 million, announced by the US for his role in terror activities. 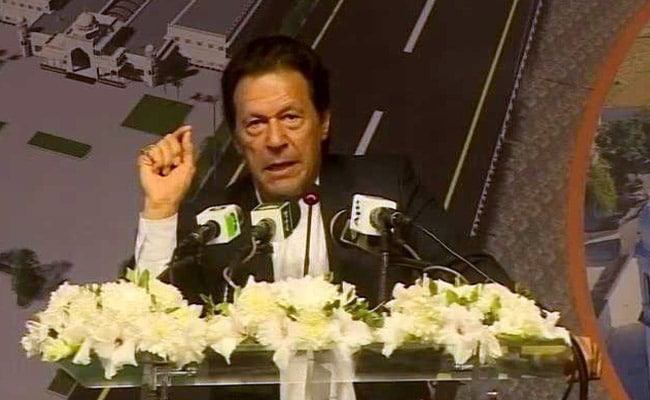 In an interaction that lasted 30 minutes, Imran Khan explained why he was pitching aggressively for talks. "After the Parliament attack, I saw the two armies come face to face. And then after the Mumbai attack, it went back to square one. Aman ki khwaish tab se hai (Have been wishing for peace since then)".

Imran Khan, after the groundbreaking ceremony for the Kartarpur corridor on Wednesday, had said that both his government and the Pakistan army want a "civilized relationship" with India, and claimed that the Kashmir dispute can be resolved only through talks and a healthy respect for humanity. His reference to Kashmir was objected to by New Delhi.

"I said the two steps on Day 1 (after taking oath) but I got such a bad response when meeting at the UN was cancelled. Why have such conditions for talks? As if there is no intention for peace. We will now wait for April after elections for talks," he told NDTV today.

Pakistan, earlier this week, also said they will invite Prime Minister Narendra Modi for the SAARC summit, however, Foreign Minister Sushma Swaraj had declared that India will not attend the summit, emphasising that the Kartarpur corridor project between the two countries will not lead to talks unless Pakistan stops sponsoring terror.

The 2016 SAARC summit, scheduled to be held in Pakistan, was cancelled after India refused to attend, citing concerns over continued cross-border terrorism. Later, Afghanistan, Bangladesh and Bhutan also dropped out.