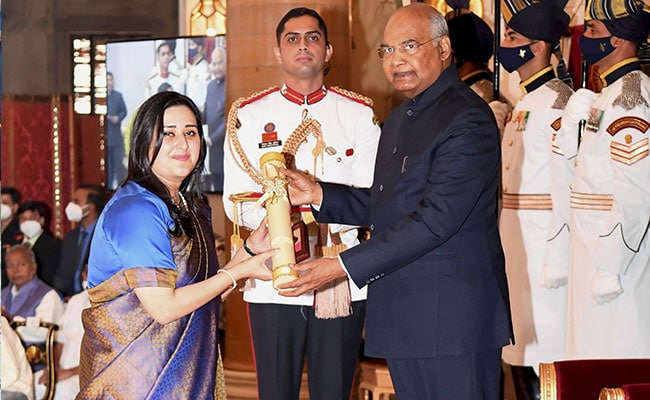 Names of award winners were announced last year but the ceremony was delayed due to Covid. PTI

The two BJP veterans, the firebrand trade unionist were conferred with the second-highest civilian award in the public affairs category. All four leaders died in 2019.

Manohar Parrikar's award was received by his son Utpal Parrikar.

The names of the award winners had been announced on the eve of Republic Day last year but the ceremony was delayed due to the Covid pandemic.

The Padma citation described Mr Jaitley as a veteran political leader and lawyer who was instrumental in undertaking fundamental economic reform as the Union Finance minister. Ms Swaraj was credited with transforming the External Affairs Ministry into a "people's ministry" and Mr Fernandes was described as a "veteran public leader, trade unionist and socialist".