Owner Of Ship Seized By Iran Writes To PM Modi To Intervene, Save Crew

The British-flagged oil tanker Stena Impero was seized by Iran while passing through the Hormuz Strait. It was done in retaliation, after Iran's own tanker Grace 1 was detained by Britain in the Strait of Gibraltar. 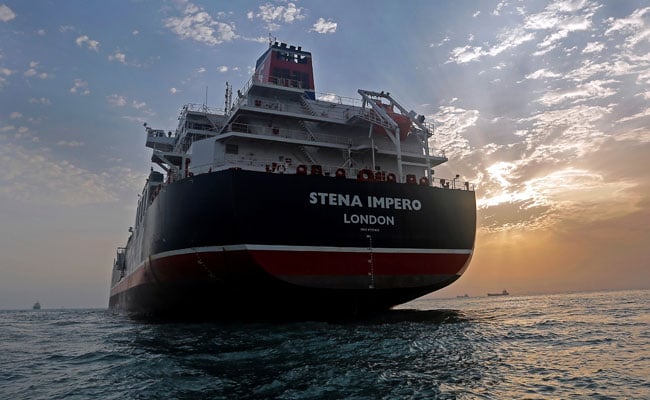 The owner of British-flagged oil tanker Stena Impero, which was seized by Iran on July 19 with 23 crew, including 18 Indians on board, has appealed to Prime Minister Narendra Modi to personally intervene to seek the release of the vessel.

In a letter to the prime minister, Stena Bulk's chief executive and president Erik Hanell, said since the ship was seized by the Iranian Revolutionary Guards while passing through the Hormuz Strait, the crew members, - 18 Indian, three Russian, one Filipino and one Latvian - have been detained on the vessel at anchor off Bandar Abbas.

Mr Hanell said while the seafarers are proud professionals, "they are becoming increasingly concerned about their fate and their families, increasingly worried about the continued detention of their loved ones, particularly as they are guilty of no crime".

He said that Stena Impero and the crew acted in a professional manner and broke no rules or regulations whether local or international. "Despite our repeated requests for access to the vessel, so far this has not been permitted for evidence gathering."

He added that the ship has no involvement in geo-political matters, nor wishes to have any.

He thanked the prime minister for the visit by Indian Embassy officials in Tehran to the vessel in Bandra Abbas to meet the crew.

"However, before the situation with those on board and with their families becomes more distressing, I would request you to personally intervene and ask for the release of the crew back to their families, who anxiously await their safe return."

Earlier, External Affairs Minister S Jaishankar said the Indian embassy in Tehran is in "constant contact" with the Iranian authorities for the release and repatriation of the 18 Indian crew members on board Stena Impero.