Several FMCG companies pledged support to the people hit by the floods, Harsimrat Kaur Badal said in a meeting yesterday with the members of food processing companies. 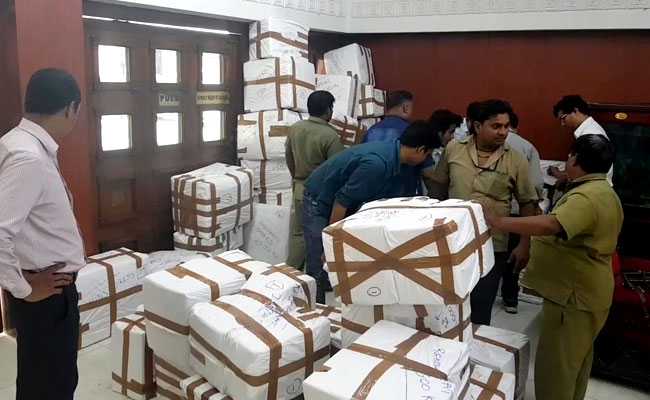 Over a dozen FMCG firms, including ITC, Coca Cola, Pepsi and Hindustan Unilever, have pledged to supply water bottle, food and necessary items to flood-hit areas of Kerala in the next two days, Union minister Harsimrat Kaur Badal said today.

In a late evening meeting yesterday with the representatives of leading food processing companies, Ms Badal discussed a plan to strategise assistance to Kerala in the coming days.

"It is time to work as a cohesive unit and make a coordinated effort to help the people of Kerala, instead of separate entities making individual efforts," said the minister of food processing industries.

The companies have pledged full support to the endeavour of reaching out to the people hit by the floods, she said in a statement.

Hindustan Unilever said it has already supplied 9,500 cases of salt, 29,000 cases of wheat products, 1,000 cases of Ketchup, 250 cases of spices mix masala and other products across the state.

Among others, Britannia has already delivered 2.10 lakh packets of biscuits (6.5 Tonnes) at Kochi and 1.25 lakh packets at Malapuram and Wayanad.

MTR Food has delivered 35,000 ready-to-eat packets to Wayanad, while Bikanervala has decided to send one tonne of namkeen in coordination with industry body CII.

Dabur has promised to deliver 30,000 - 40,000 litres tetra-packed juices and 10,000 tubes of Odomos, while GSK India will sent relief material worth Rs 10 Lakhs, 1 million packets of Horlicks and 1 million Crocin tablets.

Pernard Ricord and Cargill have assured to coordinate with dairy cooperative Amul for supply of milk powder and baby foods.

Mondelez India Foods has decided to give cash contribution of Rs 10 lakh to the CM relief fund.