African Swine Fever is a highly infectious haemorrhagic viral disease of pigs but it is not transmitted from animals to humans. 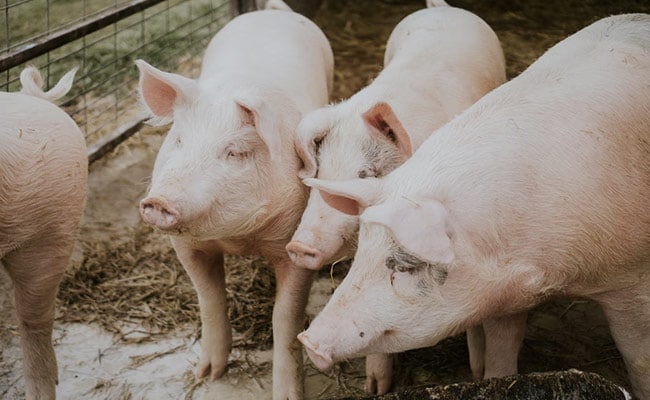 Most of the pig deaths so far have been reported from the Ranchi district. (Representational)

More than 800 pigs have died of African Swine Fever (ASF) since July 27 in the Ranchi district of Jharkhand, an official said.
The ASF, which was first detected in the country in Assam in February 2020, affects both domestic and feral swine.

State Animal Husbandry director Shashi Prakash Jha told PTI, "Samples were sent for testing to National Institute of High Security Animal Disease (NIHSAD) in Bhopal early this month. The reports returned positive for ASF." About 1,000 pigs have died of ASF in the state, the official said.

ASF is a highly infectious haemorrhagic viral disease of pigs but it is not transmitted from animals to humans.

Sensing the gravity of the situation, the Animal Husbandry department has issued a list of 'dos' and 'don'ts' and a toll-free number (18003097711) for swineherds, the official said.

Though most of the pig deaths so far have been reported from the Ranchi district, an advisory has been issued to all 24 districts for taking precautionary measures.

"The piggery farms reporting pig deaths or symptoms of the disease have been asked to stop the sale of animal or pork immediately to contain the spread of the disease. "The pig farmers have also been asked to contact the toll-free number of the department if any pig death is reported anywhere in the state," Jha said.

They have also been directed to dispose of the carcass of the animal properly according to the guidelines issued by the department.

Piggery development officer Ajay Kumar told PTI, "At the Kanke-based government pig breeding farm here, 666 pigs have died since July 27." There were around 1,100 pigs at the pig breeding farm.

Ranchi animal husbandry officer Anil Kumar said around 100 pig deaths have been reported from different areas of the district, including Chanho, Kuchu, McCluskieganj, and Khalari.

"There are 600 pigs in the farm. However, the mortality rate has reduced after adopting precautionary measures," Dr. Sushil Prasad, dean and senior faculty at Ranchi Veterinary College told PTI.

Institute of Animal Health and Production director, Vipin Bihari Mahta, told PTI, "In ASF, the deaths are sudden. The animals get symptoms of fever, stop eating and they die soon after".

There is no vaccine for ASF, he said.

Missing 10-Year-Old Girl Found Dead In Field In UP: Police