Over 20 Injured In Clashes In Bihar's Nalanda District

Communal clashes have erupted in several districts in the state since Ram Navami last Sunday. 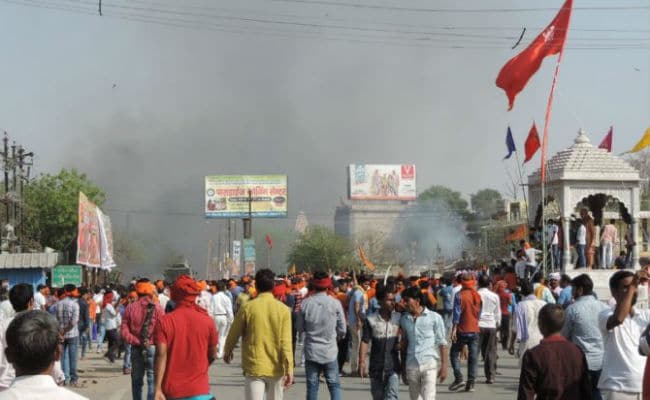 Nalanda is the native district of Chief Minister Nitish Kumar.

Communal clashes have erupted in several districts in the state since Ram Navami last Sunday.

"People from both sides indulged in heavy stone-pelting in Silao block of the district following a dispute over the route of a Ram Navami procession, and police had to resort to mild use of force besides firing tear gas shells to quell the mobs," Nalanda superintendent of police, Sudhir Kumar Porika said.

He said the miscreants also hurled stones at the security personnel, causing injuries to a jawan of Sashastra Seema Bal, the bodyguard of a deputy superintendent of police and two constables. A number of vehicles were damaged.

A number of rioters were also injured in the violence which has been brought under control, the senior police officer said. Senior officials, including Deputy Inspector General of Patna Range, Rajesh Kumar, and Nalanda District Magistrate, Mr Thyagarajan, were camping in the area, he added.

More than 20 people, including the injured security personnel, were taken to the Primary Health Centre in Silao for treatment and their condition was stated to be out of danger, the superintendent of police said.

Promoted
Listen to the latest songs, only on JioSaavn.com
Clashes have erupted in districts like Bhagalpur and Aurangabad, triggering a political slugfest with the opposition, the RJD-Congress alliance, blaming the surge in such incidents on alleged dominance of the BJP, the junior partner in the Nitish Kumar government, in the state's bureaucratic machinery.

No arrests have been made so far and investigations are on, police said.