Over 1,200 Villages Affected Due To Heavy Rain And Floods In Madhya Pradesh 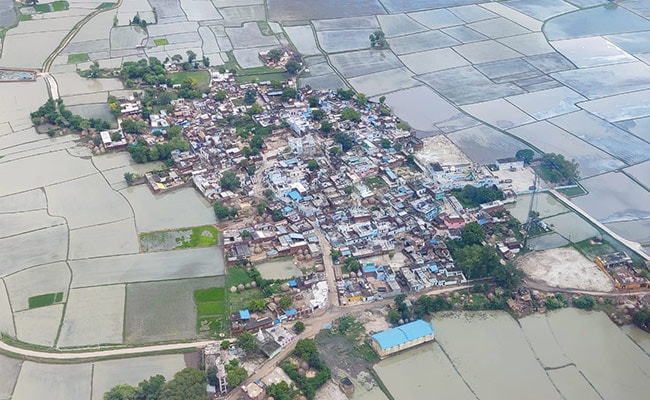 "Morena and Bhind districts are new cause of concern," Shivraj Singh Chouhan said.

Torrential rains have triggered massive floods in Madhya Pradesh's Gwalior-Chambal region. 1,225 villages across Shivpuri, Sheopur, Datia, Gwalior, Guna, Bhind and Morena are among the other districts in the state that are reeling from floods triggered by heavy rainfall.

"5,950 people rescued from 240 villages, while efforts on to rescue 1,950 plus more. 70 teams of SDRF engaged in rescue alongside NDRF, Army and BSF teams, while IAF too has resumed it's rescue operations," Mr Chouhan said.

So far 1,500 people have been evacuated safely from 32 villages of Sheopur district.

The Chief Minister who undertook an aerial survey of the flood-hit areas on Wednesday said, Shivpuri and Sheopur districts in Madhya Pradesh have received an unprecedented 800 mm rainfall till Tuesday.

"While situation in Shivpuri and Gwalior is improving with decline in Parwati river level, Morena and Bhind districts are new cause of concern, as Chambal river is in spate particularly due to water release from Kota Barrage," Mr Chouhan said. 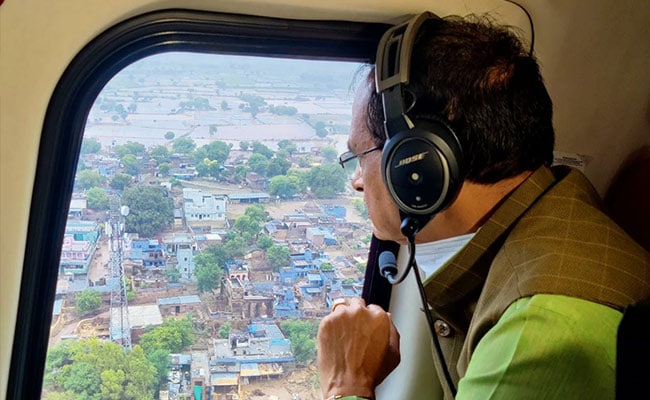 Communication system, roads and railways have also been paralysed. Efforts are being made to restore the arrangements by talking to the Ministry of Telecommunications. Rail service between Guna-Shivpuri is closed, the Chief Minister said.

"Population in low lying areas near river Chambal being shifted to safer places in Morena and Bhind districts. Telecommunication infrastructure badly damaged in Sheopur district. NH-3 closed in Datia district after cracks in a bridge," he added.

As water level of Chambal river continues to increase, Bhind and Morena districts remain under threat of flood. Water released from Kota barrage will also increase the water level. Villages in the low-lying areas, including Morena are being evacuated. 800 people have been shifted to safer places in Bhind. The water in Sindh river is also increasing continuously.

Shivraj Singh Chouhan said that he has spoken with Prime Minister Narendra Modi and Union Home Minister Amit Shah briefing them about the flood situation in Madhya Pradesh. "With the help of the Centre, arrangements have been made to airlift the people. All possible rescue and relief efforts are on."

The Chief Minister further added that relief measures are on with arrangements for camps and food for those affected due to floods and rain.