Out On Morning Walk, College Teacher Shot Dead In Bihar

Arvind Kumar, 58, was a professor at Pairu Mahto Somari College in Bihar Sharif. 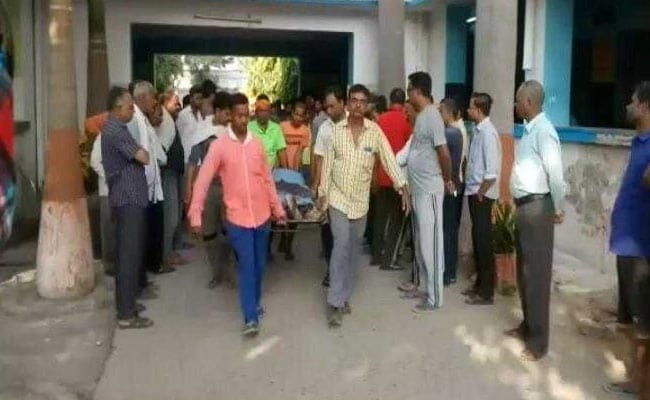 A college teacher was shot dead by two people on a motorbike today in Bihar Sharif, the district headquarters town of Nalanda, the police said.

Arvind Kumar, 58, a professor at Pairu Mahto Somari College in Bihar Sharif, had gone on a morning walk near Milkipar when two unidentified people opened fire at him and fled, said Deputy Inspector General (DIG) of Central Range in Patna Rajesh Kumar.

Mr Kumar was a resident of Jalalpur area in Bihar Sharif town.

The injured professor was rushed to Bihar Sharif Sadar hospital but he died on the way, the DIG said.

An investigation has been initiated and a special investigation team headed by superintendent of police of Nalanda district Satya Prakash Mishra has been constituted, he added.

He said land dispute could be one of the factors behind the killing.

A dog squad and a forensic team were called from Patna to collect samples from the spot, the DIG said.