'Our Spokespersons Will Trail PM Modi on Foreign Trips, Rebut Him', Says Congress 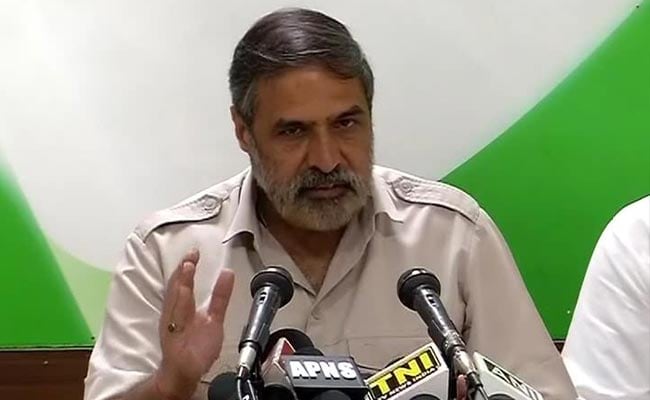 New Delhi: Bristling at Prime Minister Narendra Modi's jibes in Canada at the previous government that it led at the Centre, the opposition Congress says it now plans to send its spokespersons to the countries that the PM visits, to tell its side of the story.

"Now wherever the PM goes abroad, our spokesperson will trail him and rebut him there and then," said Congress leader and former union minister Anand Sharma today, taking umbrage at PM Modi's remarks at a reception in Toronto. "We can't take it any longer," he said.

PM Modi had said to an audience of almost 10,000 members of the Indian diaspora, with Canadian Prime Minster Stephen Harper present, that his government has inherited a "scam India." He also said, "Those who had to spread filth, have done so and gone, we are cleaning up behind them. India is a large country and it will take time to clean...you can see there is a change in the people."

"No Prime Minister from Nehru to Manmohan Singh as spoken ill of our country while abroad...He is going as PM and not as a representative of the BJP/RSS, and it doesn't behove the PM to say things that people laugh at. This is not acceptable," Mr Sharma said, adding, "It was a strong and vibrant India that Modi inherited."

The opposition party has also contested Mr Modi's repeated statement on his three-day Canada trip that he is the first Indian Prime Minister to make a bilateral visit to that country in 42 years.

Mr Sharma held up a photograph of PM Modi's predecessor Dr Manmohan Singh and Stephen Harper at a joint meeting in Canada in 2010, also saying that the party would share a joint statement that the two leaders had issued then, as evidence.

Promoted
Listen to the latest songs, only on JioSaavn.com
Dr Manmohan Singh's bilateral talks Mr Harper in 2010 were clubbed with a G20 summit; it was not a stand-alone tour of that country.

The BJP has dismissed the Congress's criticism as "sour grapes." Party's spokesperson, Sambit Patra, said, "This is a classical case of 'angoor khatte hain'".