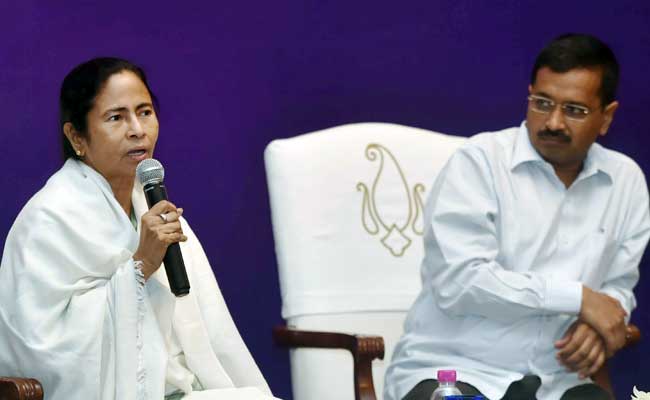 Delhi Chief Minister Arvind Kejriwal and his West Bengal counterpart Mamata Banerjee held a meeting in the national capital today, the first after their parties contested the assembly elections in Goa recently.

There was buzz over ties souring between the two Chief Ministers, after the Trinamool Congress decided to contest in Goa, where Mr Kejriwal's Aam Aadmi Party, or AAP, had already been preparing to enter the electoral battle. The Trinamool's entry into the Goan arena was seen as a hurdle for Mr Kejriwal then.

Today's meeting that lasted half-an-hour between Mr Kejriwal and Ms Banerjee indicated the buzz over worsening political ties between the two would be put firmly in the past tense.

The AAP or the Trinamool Congress haven't made public what the two leaders discussed in their meeting. Sources said it is understood both spoke about opposition unity for the 2024 Lok Sabha polls and the upcoming presidential election.

The two met at the Delhi home of Trinamool MP and Ms Banerjee's nephew Abhishek Banerjee.

With the Congress on the backfoot, Mr Kejriwal and Ms Banerjee are being seen as the main opposition faces for 2024.