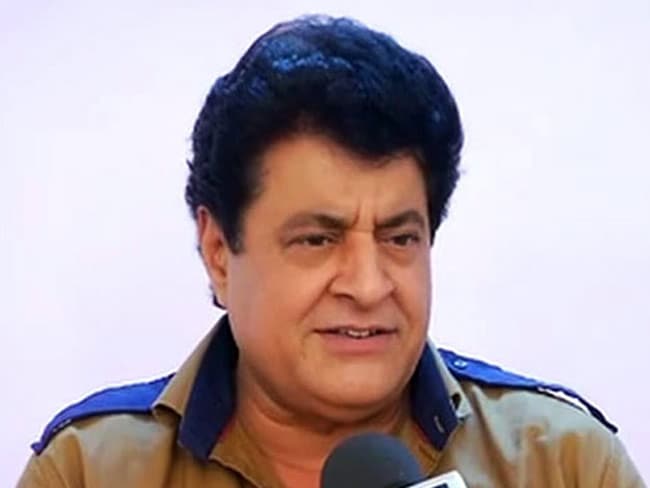 Actor and BJP member Gajendra Chauhan has been appointed as the president of the governing council of the Film and Television Institute of India, Pune

The students of Film and Television Institute of India or FTII in Pune are on a protest against the appointment of BJP member and actor Gajendra Chauhan as the president of the institute's governing council, calling it a "political" appointment.

Mr Chauhan - best known for his portrayal of Yudhishthir in the tele-serial Mahabharata - was picked ahead of lyricist Gulzar and filmmakers Shyam Benegal and Adoor Gopalakrishnan, who are learnt to have been shortlisted by the Information and Broadcasting Ministry.

Here is an open letter from one of the students to Mr Kumar:

I am choosing to address you personally after listening to you respond on several TV news debates about the recent opposition against your appointment as Chairman at FTII. I am a student of FTII and part of the protest.

When we first heard about your appointment we knew little about you except those of us who had grown up on 'Mahabharata' the B.R. Chopra serial. We then began to look for more information to get to know your background and work profile. When we did, we saw a huge anomaly in your body of work and the very principles and aesthetic, FTII stands for. We began to smell a rat. Given your political affiliations and given the fact that the ruling party is becoming notorious for making completely irrational and high-handed appointments since it has come to power, it was clear to us you were meant to be a puppet of the Government and chosen despite your capabilities and inspite of your body of work. The protest wasn't against you personally, coz we never knew you or about you. You, as we saw, are unfit for the job (reasons below) but more important than that this is a strike against the increasing interference of the ruling party to drive their agenda throughout the country without considering the principles of democracies and those of the said institutions. I think, this may satisfy the 'surprise' you felt when you heard about the protest before even you joining. This protest was not about you, Mr Chauhan as an individual. This may also satisfy a certain insecurity you may have, going by your own admission of you being a 'chhota aadmi', of depriving you of your chance to shine and become 'big'. (Given your political affiliations I am sure you will receive a much better post, as you again by your admission iterated, that, 'If you had to use your political power than why FTII, why not a big and more important post?' I hope you see the contradictions here, Mr Chauhan. First you say give me a chance to progress, then you imply FTII isn't that important a place to progress with. Strange.)

Now it is comments like these that compel me to write this letter. Because, now that we have heard you speak, we know you better and now that we know you we are dead sure you are wrong for this post. Before I tell you why you are wrong, let me educate you a bit about FTII and what this institution means to cinema as well. On the way you may learn something about cinema too, because as you may not be aware, 'Khuli Khidki' isn't exactly cinema.

What FTII stands for -

Freedom of thought - We are allowed, encouraged and groomed to think independently to understand the world around us and our own art without any agendas, something I don't see many institutions that can boast of. We are also taught to respect each other's opinions as artists. Do you see yourself being able to encourage that?

Freedom of speech - We are allowed, encouraged and groomed to express our independent opinions without fear of repercussions, disturbing the status quo or upsetting power equations. This, you may not know, is a very important constitutional right of every citizen of India and the cornerstone of democracy which the ruling party you are associated with is trying to systematically euthanize.

Individuality and unbridled self-expression - FTII grooms students as individual artists above their technical domain, constantly keeping in mind that it is the person who creates and not technology. We are pushed to develop and express ourselves through our art for constant evolution irrespective of our specialisations. Having said that, FTII produces the best technical experts the industry has, on a yearly basis too.

Justice and fairness in all areas to all sections of society based on the philosophical principles of the Socialist Democracy we are. FTII has always stood for equality and justice for all irrespective of class, creed or gender and this has shown in the films it produces. Cinema, you see, is a wonderful tool of mass communication and if it can be used for propagating ideas of equality and justice, then why not?! These ideas don't go down very well with your political party unfortunately and that is worrisome for us.

Only film institute in India to have a global perspective on cinema as a pure aesthetic medium without any mercenary considerations. It is an art form and it is upheld as one here, without compromises. Cinema here is taught from the lessons and learnings of world greats by people who understand it as an art-form, to students who want to become artists not assembly line film-makers. This requires a certain bent of mind and commitment to cinematic arts. Do you think you have it?

The only film institute in India that considers cinema as a vehicle as much of self-expression as much as a mirror to the society we live in. Cinema, for us, cannot be divorced from a personal voice and the socio-political context within which we live. Cinema, for us is about comment and expression not distribution and titillation. Do you understand this distinction?

Now you may say, you will uphold all these principles. Fine, we may consider your earnestness to get your 'chance' but what about the fact that one must understand these principles to execute them? Your body of work and now more importantly, your responses, clearly show you don't. If you still don't get it, let me tell you why you are wrong for this post -

You have no connection whatsoever with FTII to understand this space. You are not an alumnus nor have you worked or associated professionally with students or artists from here. I doubt you have even visited this place ever. You may say you will learn on the job, but Sir we aren't talking about hiring an intern. YOU are supposed to be guiding US, deciding our future. Without knowing what this place is all about, how will you?

You have nothing in your body of work that shows any kind of affiliation to the philosophy or aesthetics of cinema we practice here. If you haven't studied or practiced then you don't understand, you see. Then how will you show us the way ahead? How will you approve, disapprove and draft policies, make decisions, appoint people to take our learning forward in the way it should be done?

And because of these three points above, your political affiliation troubles us a lot. Because a fourth standard student can see why you are not fit for this post but the Government of India has handed it to you on a platter. Hence, even if you are sincere this very lack of understanding can easily make you a pawn in the hands of the Govt to push their decisions on to the institution. In that case, for your own peace of mind and job security with your bosses I think this could be unhealthy for you. Why would you want a job where you can't prove your own mettle as you so badly seem to want to do? Please seriously re-consider and withdraw.

If we talk of pure heritage, the post of the Chairman has been held by the following - (Please google them if you don't know of them and you will know more about why you are wrong for this place.)

Adoor Gopalkrishnan - Director, writer and producer, FTII alumnus and 16 National Awards, Padma Shri, Padma Vibhushan and Dadasaheb Phalke awardee. (The last, you may not know, is the highest honour conferred in the field of cinema.) If awards don't cut it for you, it doesn't for some of us either, then maybe the fact that he started the 'New Cinema' movement in Kerala that synthesized the mainstream and so-called art cinema for a wider appreciation of cinema as an artform.

Shyam Benegal - Director, writer, faculty at FTII before he became the Chairman twice. 12 National Awards, Padma Shri, Padma Vibhushan and the Dadasaheb Phalke Lifetime Achievement Award recipient. His films have been nominated at Cannes, Berlin and Moscow in competition sections. But more importantly he was a huge influence and constituent of the parallel cinema movement in India which changed the shape of cinema forever.

U.R.Ananthamurthy - Novelist, playwright, poet and literary critic, Padma Bhushan, Sahitya Akademi, Jnanpeeth awardee. Finalist of the Man Booker prize. He had no association with cinema and we protested his appointment too despite holding his body of work and the power of his intellect in high regard.

And now some GK about FTII in the last decade, actually just last two years is enough. I wouldn't have taken the pain but I read you mention somewhere that Rajkumar Hirani was the last film-maker of reckoning FTII produced. Not so long ago, in 2009, 'Vihir', a terrific Marathi film was chosen at Berlin in the competition section and it was made by an FTII alumnus. Last year, in 2014,'Killa', a Marathi film has won the Crystal Bear at Berlin. And you know, the director was a cinematography student here, by the way. He also shot 'Masaan' which won two awards at Cannes this year. Yes, two. And to talk mainstream, he has also shot the soon-to-release Ajay Devgan starrer 'Drishyam', and this guy is hardly in his early thirties. Another film in competition this year at Cannes was 'Chauthi Kooth', made by another FTII alumnus. For God's sake our diploma films have been selected in competition at Berlin this year, 'Kamakshi' being a case in point. Oh by the way, 'Chitrashala', another short film selected at Berlin this year is made by Amit Dutta, an FTII alumnus again, and an avant-garde and important film-maker of our times.

(If you can, please note how your reference points are so mainstream that you are not even aware of the wonderful and important work FTII alumni have been doing and which have even made recent headlines.)

I can go on, Sir. But I think I have explained myself in so much detail that you must have got the point. And in case you didn't, it proves once again why you just aren't right for this post. Apologies but we can do little about that except protest until you step down.