Only Rich And Famous Talk Of Intolerance, Says Anupam Kher 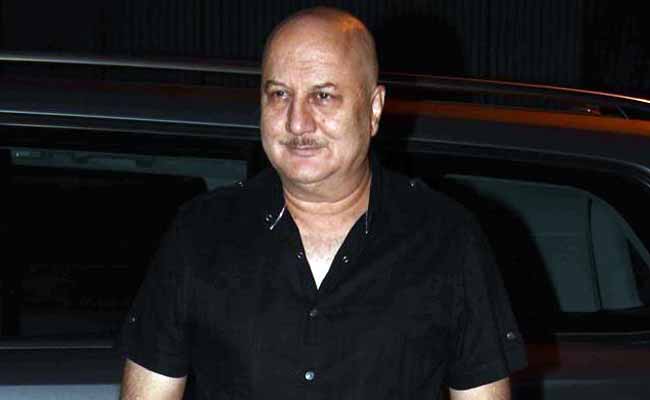 Anupam Kher said the "biggest" form of intolerance in the country was during the emergency when all those people who spoke against the government were jailed. (File Photo)

Kolkata: Only the rich and the famous are talking of intolerance, there is no debate on the issue, actor Anupam Kher said on Saturday.

"This is a no debate. The rich and the famous are talking of intolerance. If you ask a man on the street, they won't talk about intolerance. All they want is food two times a day. Those with a champagne in a glass are only talking about it. Are you living in India or America," Mr Kher said at the Telegraph National Debate on intolerance in Kolkata.

He said the "biggest" form of intolerance in the country was during the emergency when all those people who spoke against the government were jailed.

Taking a swipe at Rahul Gandhi, he said, "Congress is the most tolerant in India because they are tolerating a person whom they want to project as a prime minister of this country".

AICC spokesman Randeep Surjewala said in the last two years it has often appeared that intolerance is now part of the mainstream discourse.

Bollywood actress Kajol said there are different types of intolerance and political intolerance is only one of them.

"To make all social issues a political one is absolutely wrong. I also think that We have to work together to make a stronger and richer India and only then intolerance cease to exist. The debate on intolerance does not recognise this," she said.