Only Modi Government Implemented One Rank One Pension: Manohar Parrikar 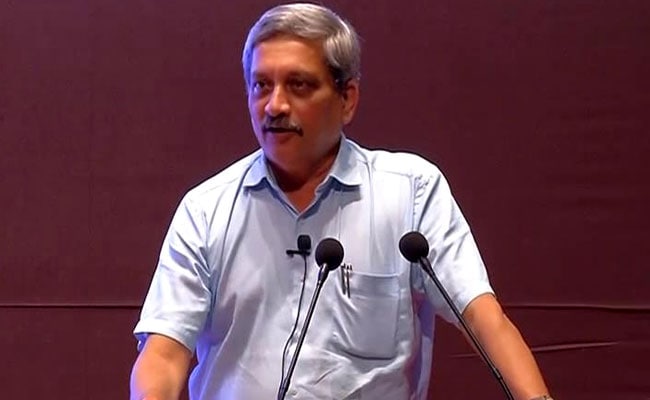 Panaji: In a veiled attack on Congress over One Rank One Pension (OROP) for soldiers, Defence Minister Manohar Parrikar today said Narendra Modi government was the first regime to implement this scheme unlike others who merely paid "lip service" to the issue.

"No one did anything for OROP for 43 years, but only talked about it. OROP is an issue of 43 years. All others who are talking (on OROP) are only talking and they have been talking for 43 years. It is not a demand of last year... This government has fulfilled it," he said.

He was talking to reporters after inaugurating a multi-storey parking facility in Panaji.

The Union Minister said the government has already disbursed more than Rs 5,500 crore for implementing the OROP scheme.

"The annual cost of OROP is around Rs 7,500 crore. We are giving arrears as well as the current payment," he said.

He said around 20,69,000 ex-servicemen are benefiting out of the scheme.

"This assurance (OROP), which was given by the Prime Minister, has been kept by his government and (it) has actually given money," Mr Parrikar said.

Promoted
Listen to the latest songs, only on JioSaavn.com
Reacting to the jawans getting killed on border, the minister said, "For any jawan who loses his life, I always feel pain. I salute them for their courage and bravery."

Over the ongoing tension on LoC, Mr Parrikar said, "The briefing on how we are responding was given by Army headquarters. We have given appropriate reply in this matter."