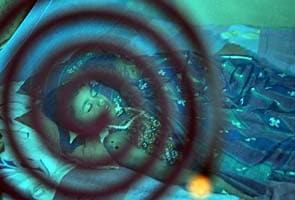 New Delhi: Smoke emitted from one mosquito repellent coil is equivalent to those of 100 cigarettes, thus causing harm to a large number of people in India, an expert said on Wednesday.

"Not many people know about it, but the damage done to your lungs by one mosquito coil is equivalent to the damage done by 100 cigarettes. This was according to a recent study conducted in Malyasia," said Chest Research Foundation director Sandeep Salvi.

He was speaking at the conference 'Air Pollution and Our Health', organised by the Centre for Science and Environment (CSE) along with the Indian Council for Medical Research and the Indian Medical Association.

Mr Salvi said there is a lack of awareness about the impact of air pollution on human health.

Pointing out the "lack of research culture" among Indian doctors, Salvi said that indoor air pollution too is a health risk factor.

Participants at the event, which included doctors and health researchers, also spoke about vehicular air pollution in the capital.

According to estimates, about 55 per cent of Delhi's population lives within 500 metres from main roads - and is, therefore, prone to a variety of physical disorders.

"The vehicular pollution is a major concern for the environment. The rising incidents of genetic disorder have a lot to do with air pollution. India loses one million children under five because of respiratory problems every year," said Sanjeev Bagai, the chief executive officer of Batra Hospitals.

Promoted
Listen to the latest songs, only on JioSaavn.com
He said industries also contribute to the air pollution and these need to be shifted out of the capital.