Who Was Saint Valentine? On Valentine's Day, A Look At The Legends About Him

Legends indicate that there were several Saint Valentines who died on February 14 which is now celebrated as Valentine's Day. A look at folklore associated with Saint Valentine. 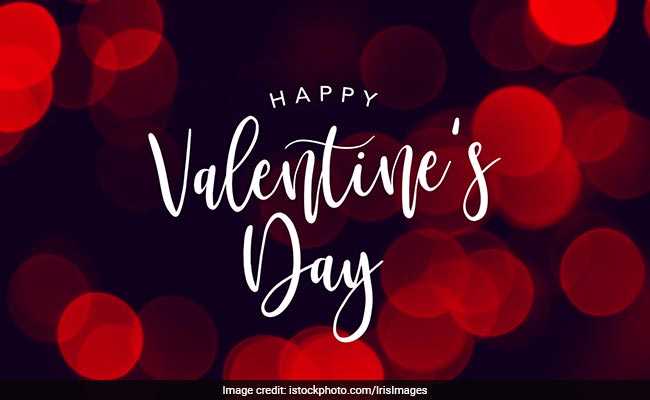 Valentine's Day 2018: Legends indicate that there were several Saint Valentines who died on February 14

New Delhi: The modern day world celebrates Valentine's Day as the day associated with love. As commerce stepped in, it became a day where lovers exchange gifts, go on outings, write love notes on cards for their partners. Tradition, however, indicate that February 14 is celebrated as a day to remember Saint Valentine. But who was Saint Valentine? Legends indicate that there were several Saint Valentines who died on February 14. Was he a priest from Rome or a bishop from Italy? Was he killed for refusing to deny Christ by the order of Emperor Claudius? Or was he a priest who would secretly get couples married so that the husbands wouldn't have to go to war? Let's learn about folklore associated with Saint Valentine in detail:

Legend 1: Valentine was killed for believing in Christ

The legend has it that Valentine was a Roman priest who was under house arrest of Judge Asterius and talked to him about his faith and validity of Jesus. The judge put him to a test and said that if he restores the eyesight of his adopted blind daughter, then he would do whatever he asked. Valentine laid his hands on her eyes and the girl's vision was restored. Humbled, the judge obeyed Valentine's orders which included breaking all the idols around his house, keeping a three-day fast and undergoing baptism. He also freed all the Christian inmates under his authority.

As Valentine continued to preach, he was sent to the emperor Claudius Gothicus (Claudius II). When he tried to convince Claudius to embrace Christianity, Claudius refused and commanded him to either give up his faith or be beheaded. Valentine refused to renounce his faith and as a result, he was executed on February 14, 269.

On the day of his execution he left the girl he treated a note that was signed, "Your Valentine". This legend hints at the origin of Valentine's Day cards. Saint Valentine wrote a note for the blind girl he healed and signed it off as "Your Valentine".

An account from 1493 describes Saint Valentine as a Roman priest who was sentenced by Emperor Claudius II for helping Christian couples wed. The emperor had banned marriages but he used to secretly get couples married so that the husbands wouldn't have to go to war. When the emperor found out, he was thrown in jail and sentenced to death.

Historians believe that there is a possibility that the stories of the two Valentines, executed under Claudius, have been combined, and that Saint Valentine is an amalgam of both.

Legend 3:  Valentine was a saint who suffered in Roman province of Africa

In connection with February 14, another legend is that Valentine was a saint who suffered on February 14 with a number of companions in the Roman province of Africa.

Promoted
Listen to the latest songs, only on JioSaavn.com
Another account is from the official biography of the Diocese of Terni that Bishop Valentine was born and lived in Interamna, Italy, and while on a temporary stay in Rome he was imprisoned, tortured, and martyred there on February 14.