Was UP Mob Violence Staged By BJP? Asks Arvind Kejriwal On Twitter

UP Mob Violence: A mob of some 400 people fought pitched battles with police on Monday in Siana area of Bulandshahr district. 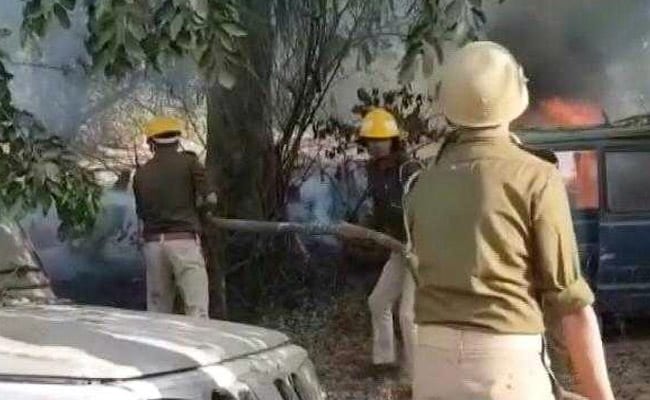 Delhi Chief Minister Arvind Kejriwal Wednesday re-tweeted a purported video on the Bulandshahr violence, and sought to know whether the incident which took the lives of a policeman and a bystander was "staged" by the BJP.

Responding to a question on the sidelines of an event at the Delhi Secretariat, he said incidents similar to what happened in Bulandshahr were happening across the country. Referring to the video being circulated on social media, the chief minister said if the content of the video was true, it raised questions on whether the entire episode, including the killing of a cow and the police officer, was staged by the BJP.

"Whoever does not bow down to the goons of BJP, be it Hindus, Muslims, police or workers of the party itself, do not have the right to live," he alleged. The Aam Aadmi Party (AAP) had on Tuesday demanded the Uttar Pradesh government to give an ex gratia of Rs 1 crore to the family of the deceased police officer.

"The Delhi CM (Arvind Kejriwal) talked to Subodh (Kumar) Singh's sons and assured them of all possible help, while UP CM Yogi Adityanath has not been able to at least call the family," senior AAP leader Sanjay Singh told PTI. He had met the family of the UP cop in his native village in Uttar Pradesh's Etah district.

The AAP leader also demanded the resignation of Yogi Adityanath, alleging that he was unable to handle the law and order in the state. "UP is being ruled by the BJP goons. Subodh Singh was killed in a conspiracy," he alleged.

A mob of some 400 people fought pitched battles with police on Monday in Siana area of Bulandshahr district, apparently after right-wing activists were angered after finding cow carcasses in a nearby jungle. The incident left Inspector Subodh Kumar Singh and 20-year-old Sumit Kumar dead.