The BJP today accused former Prime Minister Jawaharlal Nehru of not investigating the death of Jana Sangh founder Syama Prasad Mookerjee, despite requests from his family. 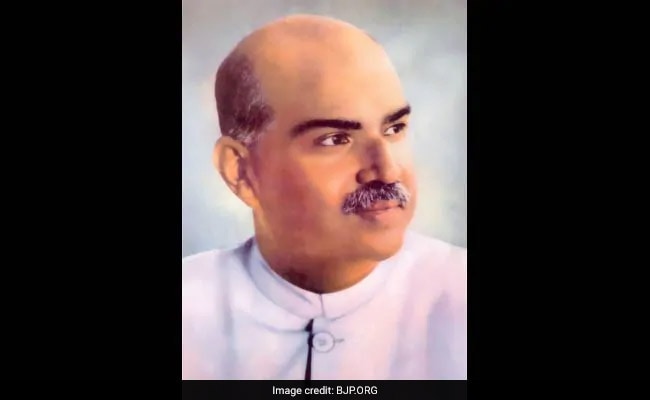 Syama Prasad Mookerjee was in favour of complete integration of Jammu and Kashmir.

"He (Mookerjee) died under mysterious circumstances. The Congress government under Jawarhalal Nehru did not do any investigation. Nehru did not respond to the letter by Mookerjee's mother to probe her son's death," Mr Yeddyurappa was quoted as saying by news agency Press Trust of India on the 66th death anniversary of Mookerjee, the founder of Bharatiya Jana Sangh.

"The whole country demanded an inquiry into the death of Mookerjee, but Pandit (Jawaharlal) Nehru did not order it. History is witness to this. Mookerjee's sacrifice will never go in vain and the BJP is committed to this cause," Mr Nadda was quoted as saying by PTI.

A former minister in Jawaharlal Nehru's government, Syama Prasad Mookerjee died in Srinagar in police custody in 1953. He was arrested for entering Kashmir illegally, defying the requirement for obtaining a permit. His death became a flashpoint between the Congress and the BJP, with many claiming that an investigation was required.

Union minister Jitendra Singh alleged that former Jammu and Kashmir chief minister Sheikh Abdullah had "illegally" detained Mookerjee for 44 days in a jail in 1953 after the Jan Sangh founder tried to visit the state without a proper permit.

Mr Yeddyurappa said the current situation in Kashmir shows how relevant Syama Prasad Mookerjee's struggle was for the scrapping of Article 370, which grants special status to the state.

Syama Prasad Mookerjee was in favour of complete integration of Jammu and Kashmir, his stance being "One Nation, One Nishan One Bidhan and One Pradhan" (one nation, one flag, one Prime Minister).

Mr Yeddyurappa, the chief of the BJP in Karnataka, alleged that Jawaharlal Nehru had "victimised" Syama Prasad Mookerjee the way he did Dr BR Ambedkar, the architect of Constitution and Sardar Vallabhbhai Patel, the first Union home minister.

"Mookerjee struggled inside and outside Parliament, seeking abrogation of Article 370," he said.

Regarding the shelving of Article 370, Mr Yeddyurappa said everyone believed that the NDA government led by Prime Minister Narendra Modi and Union home minister Amit Shah would take a decision and bring about change.

PM Modi also paid his respects to Syama Prasad Mookerjee. "Remembering Dr. Syama Prasad Mookerjee on his Balidan Divas. A devout patriot and proud nationalist, Dr. Mookerjee devoted his life for India's unity and integrity. His passion for a strong and united India continues to inspire us and gives us strength to serve 130 crore Indians," his tweet read.

Union Minister Amit Shah said it was Syama Prasad Mookerjee's sacrifice that even today makes people from other states able to travel to Jammu and Kashmir without a permit.