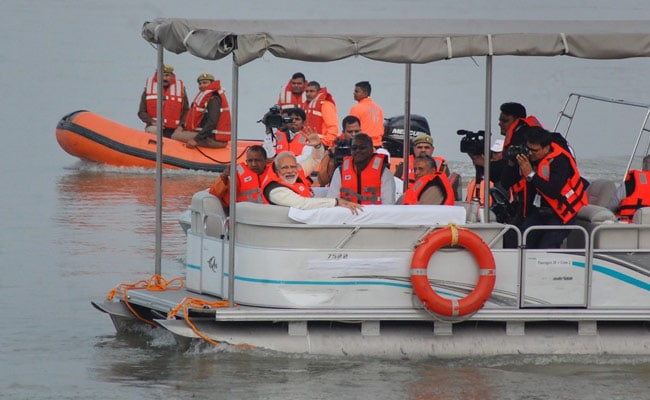 To review the ambitious Namami Gange project, Prime Minister Narendra Modi hopped on to a streamer. The ride at Kanpur's Atal Ghat lasted 45 minutes where the Prime Minister was accompanied by Uttar Pradesh Chief Minister Yogi Adityanath and other top officials.

PM Modi also chaired the first meeting of National Ganga Council today with union ministers, chief ministers of UP and Uttarakhand and secretaries of various central departments. The NGC is aimed at reinforcing the importance of a "Ganga-centric" approach in all departments of the concerned states as well as relevant Central ministries, an official release said. 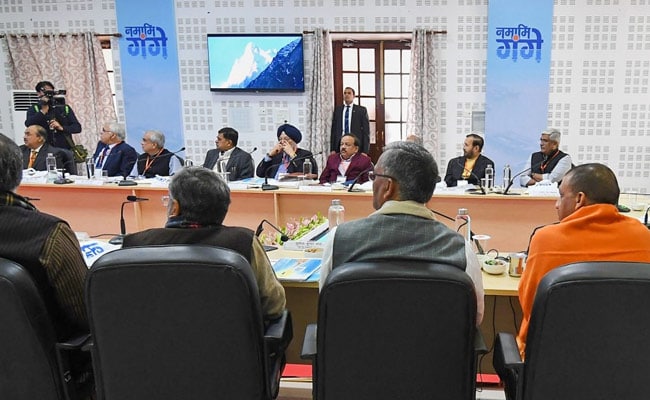 At the meeting, the Prime Minister said public cooperation and awareness is a must to improve the framework to clean River Ganga. He also emphasised that cities along the banks of rivers should also implement best practices.

The National Mission for Clean Ganga (NMCG) has taken up the construction and modernisation of ghats and crematoriums including provision for public amenities for the towns on the bank of river Ganga. In order to improve cleanliness, silt removal and proper upkeep and maintenance of ghats, the NMCG has sanctioned a project for regular cleaning of all the 39 ghats at Bithoor and Kanpur at an estimated cost of Rs 6.07 crore.

With inputs from PTI, ANI, IANS