Deboshree Choudhury is the second minister from Bengal. Babul Supriyo, who had handled the Heavy industries and Public Enterprises portfolio in PM Modi's government, has also been included in the ministry. 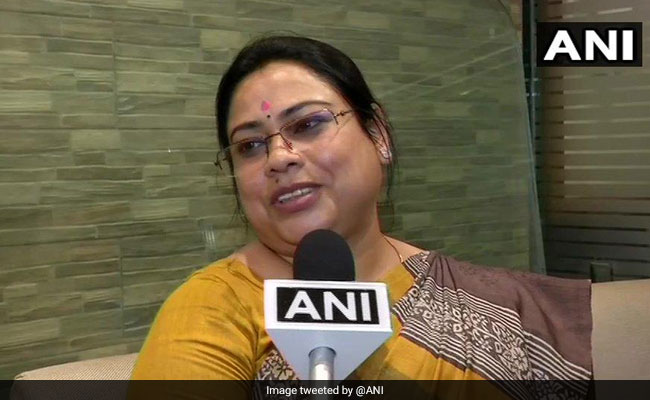 Deboshree Choudhury got the call from the party this morning.

Deboshree Choudhury, the surprise winner from Bengal's Raiganj, will have to take oath in Bengali, BJP chief Amit Shah had said. The 48-year-old secretary of the party's state unit got the call from the party this morning, informing her of the inclusion in the government of Prime Minister Narendra Modi. The Prime Minister took oath this evening along with his council of ministers at a grand ceremony at Rashtrapati Bhawan, which was attended by world leaders, celebrities and political leaders.

"I am feeling very good, I was expecting the phone call," Ms Choudhury was quoted as saying by news agency ANI. During his rally at Raigunj ahead of the election, Amit Shah had promised the people that he would make her a minister if they elected her. "He had delivered on his promise... asked me to take oath in Bengali," she told local journalists.

Deboshree Choudhury is the second minister from Bengal. Babul Supriyo, who had handled the Heavy industries and Public Enterprises portfolio in PM Modi's government, has also been included in the ministry.

The BJP is placing special emphasis on Bengal, where the party won 18 of the state's 42 seats - up from two in 2014 and just a few less than the ruling Trinamool Congress's 22.

Not only did the crucial seats help the BJP push past the 300 mark, it also indicated the party's prospects in the assembly elections in the state that's slated for 2021.

Ms Choudhury had entered the election fray as an underdog. The real battle was expected to be between the CPM's Mohammad Salim and the sitting lawmaker, Congress's Deepa Dasmunsi.

Encounter Breaks Out Between Terrorists, Security Forces In J&K's Baramulla