"A Cup Of Poison": Mehbooba Mufti Describes Her Party's Alliance With BJP 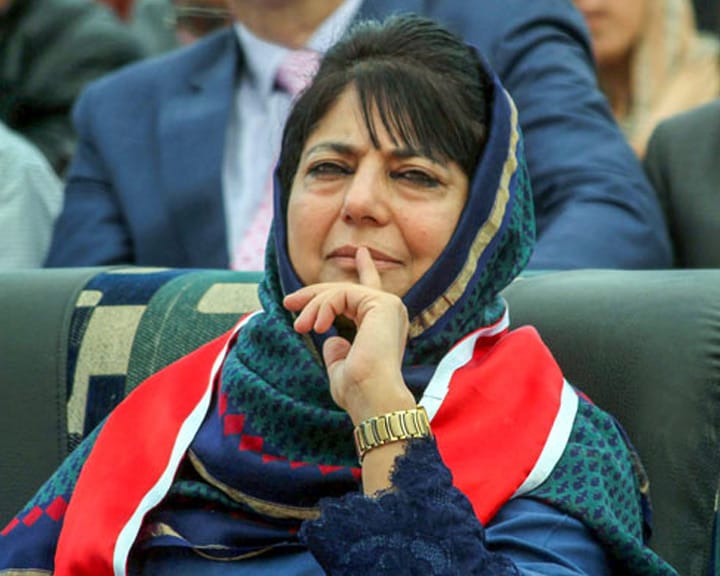 At her first public meeting after losing the chief minister's chair last month, Peoples Democratic Party boss Mehbooba Mufti today said she had reservations about the alliance with BJP right from the beginning and had advised her father Mufti Mohammad Sayeed against it. But he overruled her, arguing that the coalition wasn't meant to build infrastructure in the state but to end the sufferings of Kashmiris.

A year later when her father died and she was on her own, Ms Mufti said she did not want to be the Chief Minister but had to carry forward the decision made.

Ms Mufti became Jammu and Kashmir's first woman chief minister in March 2016 and continued to be in power for the next two years till the BJP pulled the rug from under her feet in June.

The alliance has cost her party a great deal of political capital in Kashmir, particularly after she was seen to have ceded much space to the BJP which pushed a "muscular policy" that many Kashmiris resented.

Ms Mufti's speech at the foundation day of the party her father founded was aimed at recouping some of the lost political ground. The PDP was founded in 1999.

For most parts, its symbolism and rhetoric was seen to echo a soft pro-separatist sentiment and the PDP's shrill campaign against the BJP in the 2014 state elections is widely perceived to have helped gift the PDP its largest tally. The BJP had run a similar campaign in Jammu.

The "unholy alliance", as the Congress described the 2015 pact between the rivals, created a political vacuum in Kashmir.

Today, Ms Mufti said it wasn't easy for her either.

"It was like drinking a cup of poison," she said about the BJP-PDP alliance that rival National Conference chief Omar Abdullah and Congress have blamed for deterioration in the law and order situation in Kashmir.

But for all the extreme hardship that the PDP leader says she went through, Ms Mufti made it a point to underline that it had done Kashmir some good.

She took credit for the BJP not tinkering with Jammu and Kashmir's special status under the constitution, the Ramzan ceasefire and the like. "We were successful in preventing BJP from touching Article 370," she said.

She spoke about her conversations with PM Modi about improving relations with Pakistan and how, the economic packages that the centre announces for Kashmir, could not address a political problem.

"I told PM Modi that even if we make roads of gold, just one killing brings the situation back to square one," she said.

The PDP chief recalled PM Modi's response that he did make an effort and went to Lahore. But the visit was followed by attacks in India and when Home Minister Rajnath Singh went to attend the Saarc home minister's conference in Islamabad.

Ms Mufti also welcomed overtures by Imran Khan after his Pakistan Tehreek-e-Insaf's emerged as the single largest party in Pakistan and appealed to PM Narendra Modi to reciprocate.

"I appeal PM Modi to give positive signal to Imran Khan for his positive approach on bringing two countries together," the former chief minister added.