Tamil Nadu Pilgrim Dies Due To Breathlessness On Mansarovar Yatra

The chief minister also said a group of 18 Chennai people had arrived from Nepal in Lucknow this morning, while one more is yet to reach the city. 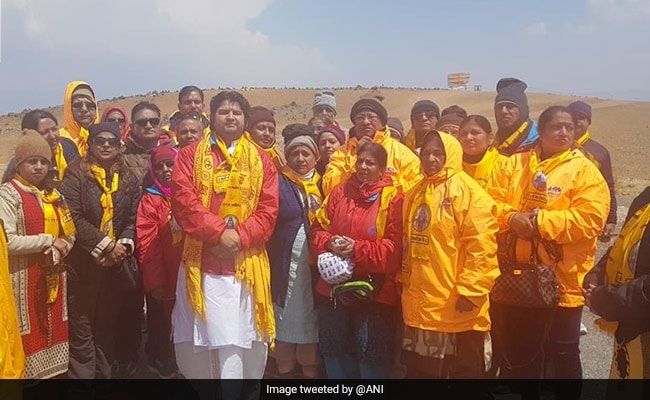 Over 1,500 Indian pilgrims undertaking the yatra have been stuck in Nepal (File Photo)

Of the 29 pilgrims from Tamil Nadu, who had embarked on a pilgrimage to Kailash Mansarovar in Tibetan region of China, one has died of ill health, Chief Minister K Palaniswami said today.

Over 1,500 Indian pilgrims undertaking the yatra are stranded in the mountainous region in Nepal near Tibet due to inclement weather and India has sought assistance from Kathmandu to rescue them.

The chief minister said a group of 18 Chennai people had arrived from Nepal in Lucknow this morning, while one more is yet to reach the city.

All of them were expected to reach Chennai tonight, Mr Palaniswami informed the state assembly.

Four persons from Krishnagiri and six others from Theni had also gone on pilgrimage, he said in response to a query raised by Leader of Opposition MK Stalin.

The chief minister said a 69-year-old man, identified as Ramachandran, could not complete his journey and upon returning, died owing to breathlessness.

His body was kept in a Kathmandu hospital and the deceased's family members have flown to Nepal.

Officials at the Tamil Nadu House in New Delhi were coordinating with the Indian Embassy in Kathmandu to bring back Ramachandran's mortal remains today or tomorrow, he said.

Similarily, efforts were on to ensure the safe return of the four member team from Krishnagiri to Nepalgunj, bordering India, he added.

Mr Palaniswami further said soon after it came to be known that pilgrims from Tamil Nadu were stranded in Nepal due to bad weather, he had deputed two officials from Tamil Nadu House to coordinate the rescue efforts and ensure the safe return of those stranded.

The pilgrimage to Kailash Mansarovar is considered holy by Hindus, Buddhists and Jains. Every year, hundreds of Indians undertake the 'yatra' which involves trekking under inhospitable conditions.

The Tamil Nadu government had yesterday announced setting up of a control room in New Delhi to provide logistic support for the state pilgrims stranded in Nepal due to inclement weather once they arrive in the national capital.