The Congress strength in the assembly has gone up to 115, just one short of the simple majority mark of 116. 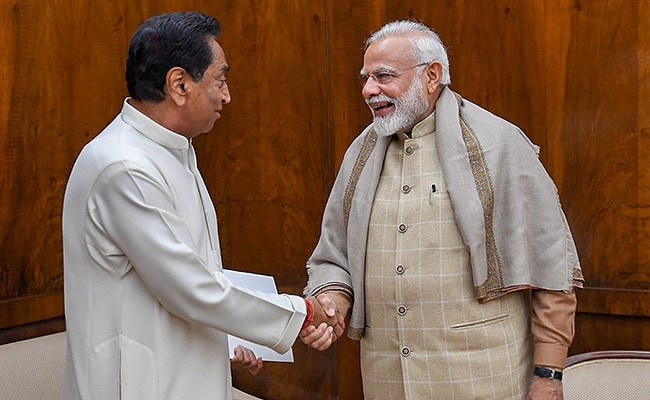 PM Modi wished Kamal Nath a long and healthy life on his birthday.

BJP ally and Union minister Ram Vilas Paswan also wished long and healthy life to Kamal Nath, who is widely credited for bringing the Congress back to power in Madhya Pradesh in 2018 after 15 years.

Kamal Nath and his family will begin the day by offering prayers at Guptkashi, some 47 kilometres before Kedarnath, the holiest shrine of Lord Shiva, in Uttarakhand, Congress media cell coordinator Narendra Saluja said on Sunday.

The 73-year-old has requested party workers to avoid wasteful expenditure. "Do not put up banners, posters, hoarding and other publicity stuff on my birthday - November 18. Party workers, organisations and the people should shun such publicity," Mr Nath tweeted on Sunday.

The 11-month-old Kamal Nath government has been surviving on the support of two BSP, one SP and four Independent MLAs. The party recently won a crucial bypoll helping it improve its tally in the 230-member assembly. The Congress strength in the assembly has gone up to 115, just one short of the simple majority mark of 116. On the other hand, the BJP's tally has now gone down to 108.