People will decide, said Arvind Kejriwal, alleging that the centre is insulting the people of Delhi who elected the Delhi government 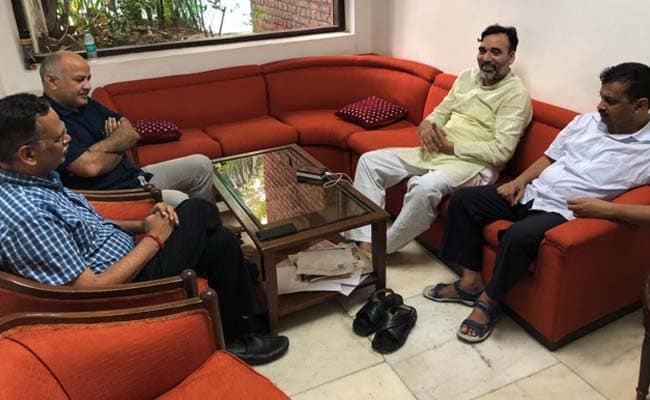 "Elected Chief Minister must get due respect. May I appeal to the government of India and the LG to resolve the problem immediately so that people do not suffer", tweeted Ms Banerjee.

Mr Kejriwal says many of his government's initiatives for the people of Delhi have been affected as Indian Administrative Service (IAS) officers have not been attending meetings called by ministers or taking calls to protest an alleged assault of Delhi's Chief Secretary four months ago.

The Chief Minister and his cabinet colleagues met Mr Baijal on Monday evening and have since stayed put at his residence, demanding that he ask IAS officers to end their "strike".

"The officers appointed by the government are not even able to find five minutes in three days for the Chief Minister who is elected by the people? This cannot be possible without the support of the Central government", tweeted Mr Chaudhary.

The AAP government that has had major disagreements with Mr Baijal over several issues has demanded that Delhi be given the status of a state, which would entitle it to control over the police and land.

"The people of Delhi deserve better than a handicapped government and a truncated verdict. Delhi's mandate must be respected," said Mr Jha.

Promoted
Listen to the latest songs, only on JioSaavn.com
Mr Kejriwal has said the protest to ensure that Delhi's citizens get better services will continue.