Over 200 acres of the pristine forest at the valley - which is a global trekking destination - have been reduced to ashes because of the fire. 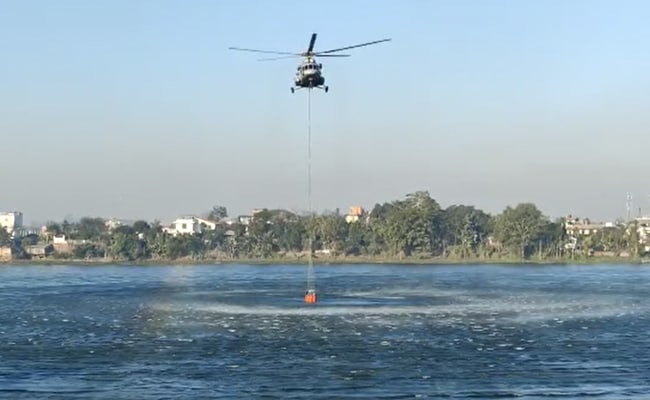 An Indian Air Force (IAF) chopper hovers over what appears to be a lake and draws water for extinguishing a massive wildfire in a forest in Manipur, a video showed on Sunday. The IAF has deployed four helicopters to fight the fire in the picturesque Dzukou Valley that covers parts of Manipur and Nagaland. The Army and the paramilitary Assam Rifles are providing logistical support in the firefighting operation.

"Continuation of operations at Dzukou Valley. IAF helicopters resumed Bambi Bucket operations today towards dousing the fire in Dzukou Valley near Kohima. Four Mi-17 helicopters have been deployed at Dimapur and Rangapahar for the task," the Air Force tweeted this morning.

The helicopters are using special 'Bambi Buckets' suspended by cables for the operation. These buckets are capable of collecting and carrying massive volume of water, which can be airdropped on the site of a fire. These chopper buckets are used across the world to fight wildfires. 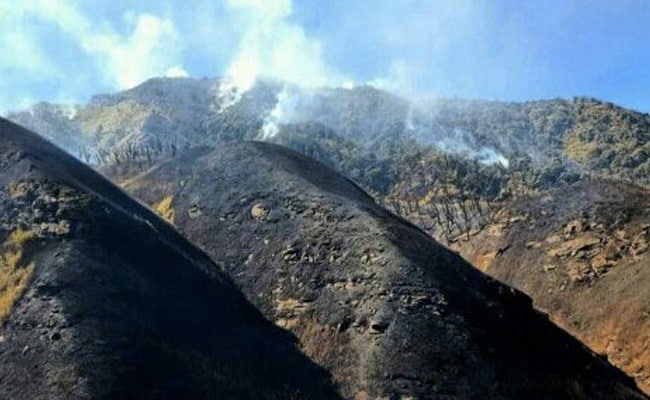 The wildfire had started on December 29.

According to the government's estimate, over 200 acres of the pristine forest at the valley - which is a global trekking destination - have been reduced to ashes because of the fire.

Over 200 firefighters have been pressed into the operation.

Last week, Manipur Chief Minister N Biren Singh conducted an aerial survey of the valley. Yesterday, he said that the firefighters have brought the blaze under control on the eastern side of the valley; the operation to control the fire on the southern side is on.

The Centre has assured all help to the Manipur government in tackling the fire. On Saturday, it sent an NDRF team to the valley to help the firefighters.