"Swargadeo Saulung Sukapha vision to build a greater Assamese society has given us the opportunity to represent Assam in the national and global stage," Union Minister Sarbananda Sonowal said 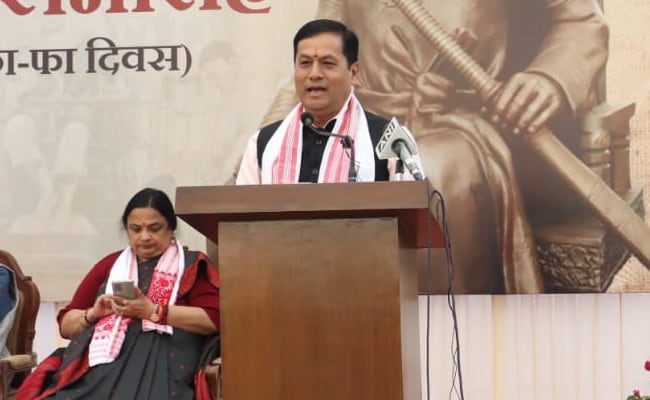 Union Minister Sarbananda Sonowal participated in Assam Day celebrations today in the national capital, where he and several scholars highlighted the role of the Ahom King Sukapha, or the Great Unifier, the Press Information Bureau said in a statement.

"Swargadeo Saulung Sukapha's vision to build a greater Assamese society has given us the opportunity to represent Assam in the national and global stage," Mr Sonowal said.

"Today on the pious occasion of Assam Day, we pay our sincere homage to the great unifier and the founder of the great Ahom dynasty in Assam, Swargadeo Saulung Sukapha. The priceless contribution of this great soul to unify the various communities to build the greater Assamese society remains the cornerstone of our identity," said Mr Sonowal, who was Assam Chief Minister before his BJP colleague Himanta Biswa Sarma took over.

"...Under his stewardship, the Assamese society worked to become atmanirbhar (self-reliant) as it started manufacturing various weapons, tools, goods that made the society an invincible military power. This strategic genius empowered us to regularly thwart any foreign invasion including the multiple ones by the Mughals," Mr Sonowal said.

Swargadeo Chaolung Sukapha established the Ahom kingdom in the 13th century and unified the land, building a Greater Assam. Glad to join historians and academics in paying tributes to the great ruler on Asom Diwas at my official residence in New Delhi. pic.twitter.com/eyvrwjEq8m

"The vision and value system that the great Swargadeo Sukapha ingrained while building the greater Assamese society still helps us - the Assamese society - to represent our society and Assam at the national as well as international stage with great pride," he said.