On 69th Birthday, PM Narendra Modi Gets A "Digital" Gift From BJP

The gift is a digital compilation of Modi's journey so far divided into four chapters - "Childhood, young NaMo, Modi and For the first time since Independence". 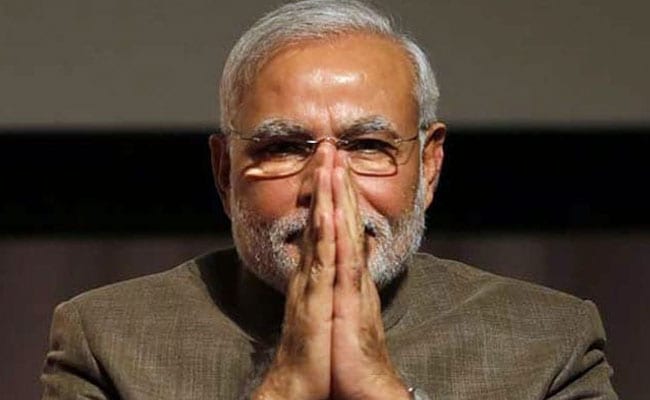 The digital template is made keeping in mind PM Modi's vision of 'Digital India'. (File)

Prime Minister Narendra Modi got a "digital" gift from the Bharatiya Janata Party (BJP) on his 69th birthday on Tuesday.

The gift is a digital compilation of Modi's journey so far divided into four chapters - "Childhood, young NaMo, Modi and For the first time since Independence".

The childhood chapter recalls Modi's childhood acts of bravery like anecdotes how he swam across a lake infested with crocodiles to hoist a flag on a temple while he was aged just seven or eight.

"Even as a young boy, Narendra never thought of any work as 'big' or 'small'," claims the infographics titled "The Story of Mother India's beloved son".

Like most children, his mother instilled a sense of value in him. When he went on to become the Chief Minister of Gujarat for the first time, his mother asked him to promise not to take any bribe, claims the digital booklet.

It also recalls incidents of a young Modi meeting soldiers at Vadnagar railway station while he was selling tea, during the 1962 Indo-China war.

The second chapter deals with the indecisiveness of "young Narendra" when he was searching for a way to serve the country and was undecided on whether to become a saint or a soldier. How he wandered in the Himalayas and his keen interest in writing finds mention in this chapter.

"Even as a child, he wrote a play called 'Peelu Phool' which emphasized on transcending caste barriers," says the booklet.

It also recounts his early tryst with elections for the Ahmedabad civic body in 1987 and the Gujarat Assembly polls in 1990.

Chapter three is all about the Modi of Gujarat. How Gujarat was turned around, how its economy was put on a growth trajectory under his chief ministership, how in spite of being a new administrator he dealt with the massive earthquake of 2001 - all are part of this.

It also talks about the introduction of solar power, water grid and the Sabarmati river front in the western state. It could not be complete without the mention of his contribution to the Sardar Sarovar Dam, which he visited even on Tuesday.

The last and final chapter is about Narendra Modi since 2014 when he came to power at the Centre with a landslide victory and the 'many firsts' he introduced. The order to form a SIT on black money, clearing the long pending demand of One Rank One Pension (OROP), building a War Memorial in remembrance of the martyrs, his flagship Swachh Bharat Mission, and universal electrification are some of the key achievements that are listed.

While many of the claims here, including anecdotes from Modi's childhood, are made to give the Indian Prime Minister a larger than life image, the digital template is made keeping in mind Modi's vision of 'Digital India'.