Fish In Mathura Died Because Of Toxic Elements In Yamuna: Officials

"The mass death of fish in Mathura and Vrindavan was an alarm bell. But so far the government bodies have not addressed the issue and are seen passing the buck," says an activist. 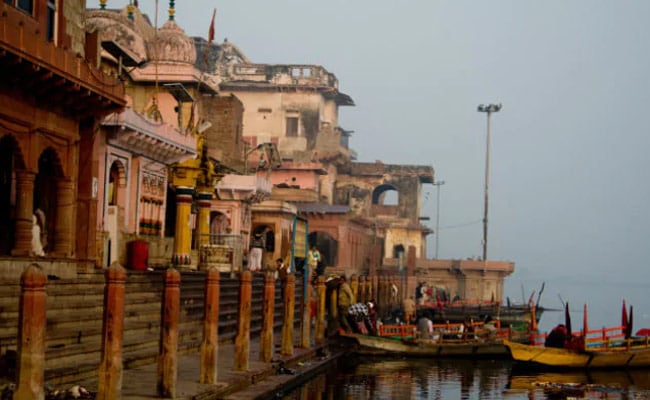 Thousands of dead fish have been seen since Thursday, environment activists.

Environment activists and local authorities are alarmed as dead fish have been found floating in the Yamuna at Mathura, apparently due to the discharge of toxic waste into the river.

Thousands of dead fish have been seen since Thursday, they said. People who had gone to the ghats for a bath were the first to spot them that day, an activist said.

Officials are also concerned as this has happened just ahead of Yam Dwitya on November 9 when a large number of devotees are expected for a holy dip in the Yamuna.

Officials in Mathura are blaming the death of fish on the discharge of toxic effluents through drains and canals that flow in from Haryana.

Uttar Pradesh principal secretary for irrigation has got in touch with his counterpart in Haryana to check the flow of toxic waste, officials said.

They said Haryana's irrigation department will probe how polluted water entered the Yamuna.

Members of the River Connect Campaign were picking garbage, waste from leather units and damaged idols from the bank.

"The mass death of fish in Mathura and Vrindavan was an alarm bell. But so far the government bodies have not addressed the issue and are seen passing the buck," complained activist Ranjan Sharma.

"The task is too big but citizens have to take the initiative. You can't wait indefinitely for government agencies to halt the pollution of our water bodies," said environmentalist Devashish Bhattacharya.

"Each day thousands of tourists visit the monuments along Yamuna riverbanks but no one is concerned about keeping the environs clean," said another activist.

"People clean up their houses ahead of Diwali and dump the garbage in the river. This has to stop," she added.

Mathuradheesh temple priest Goswami Nandan Shrotriya said student groups should be involved in cleaning up the river which is not only the lifeline of the city, but the entire tourism industry is dependent on monuments along its banks.