"After analysing his criminal records, we found that he is a dangerous person and could promote enmity between two communities," senior inspector of city chowk police station, DS Shingare, said. 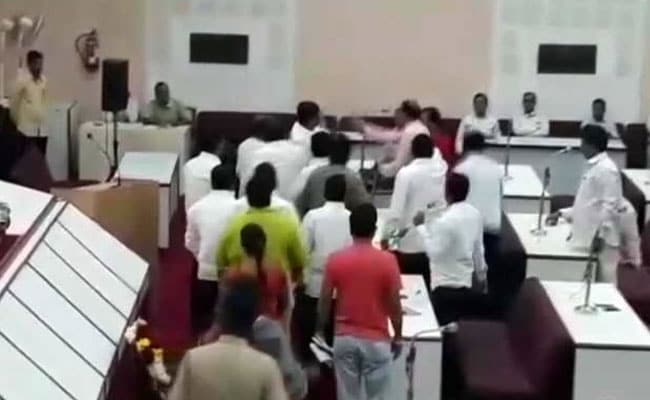 A corporator of Asaduddin Owaisi's party - All India Majlis-e-Ittehadul Muslimeen or AIMIM, who had last week opposed a resolution to pay tribute to former prime minister Atal Bihari Vajpayee, has been arrested and sent to jail for alleged bootlegging and some other charges, police said today.

32-year-old AIMIM corporator Sayyad Mateen Sayyad Rashid, in Aurangabad, was sent to jail for a year on Tuesday under the Maharashtra Prevention of Dangerous Activities of Slumlords, Bootleggers, Drug-Offenders and Dangerous Persons (MPDA) Act, an official said.

"During the general body meeting of AMC held on August 17, Mateen had opposed a resolution to pay tribute to former PM Atal Bihari Vajpayee. He was subsequently beaten up, allegedly by some BJP corporators," the official said.

"Sayyad Mateen was later arrested and booked by city chowk police station under IPC sections 294 (obscene acts or words in public), 153 (wantonly giving provocation with intent to cause riot) and 153 A (promoting enmity between different groups on grounds of religion, race, place of birth and language)," the official added.

"The corporator was sent to Harsul jail in Aurangabad and was granted bail on Tuesday. However, on the same day we served the order to him issued by the city Commissioner of Police under the MPDA," senior inspector of city chowk police station, DS Shingare, said.

He said two other offences had been registered against Sayyad Mateen in the past.

"After analysing his criminal records, we found that he is a dangerous person and could promote enmity between two communities," Mr Shingare said.

As per the provisions of the MPDA, the corporator will remain in detention for a year," he said.